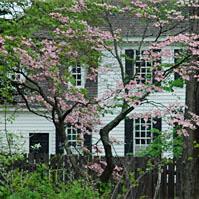 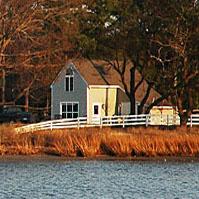 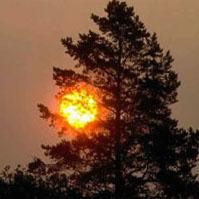 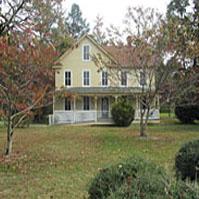 Gloucester Realty was established over 59 years ago in the heart of historic Gloucester, Virginia. The cornerstone of our success has been a commitment to customer service and satisfaction, during and after each sale.

Today, Gloucester Realty remains a customer-focused organization, taking time and extra effort to assist and help you throughout every stage of buying or selling your home or business. Our goal is to be your complete real estate resource. We work hard to earn your confidence and provide you with personalized expert service in a friendly responsive manner. Our Realtors are multi-million dollar producing agents with over 100 years of combined experience. Each sale or transaction we handle becomes a team effort with the client, agents, staff, and management working together with a common goal, your satisfaction. Whether you are a first-time home buyer or an experienced real estate investor, no sale is too small or investment too large. It’s no wonder that we have developed a time-honored tradition of repeat customers, client referrals, and lifetime relationships throughout southeastern Virginia.

Gloucester Realty specializes in the sale of waterfront homes, inland homes, historic properties, farms, land, and commercial real estate. Our area of operation extends from the Virginia Middle Peninsula northward to the Greater Northern Neck, and southward to the Virginia Lower Peninsula. This area includes Gloucester, Mathews, Middlesex, York, Essex, and King and Queen counties, and the towns of Tappahannock, Urbanna, West Point, Williamsburg, Newport News and Hampton. Throughout the region there are thousands of miles of beautiful Virginia waterfront real estate on the Chesapeake Bay, Mobjack Bay, Potomac River, Rappahannock River, Piankatank River, Ware River, Severn River, York River, and James River, along with numerous creeks, inlets, and coves
.
While many Virginia waterfront communities have been overwhelmed by industry and development, Gloucester County has managed to retain its natural rural character. Originally established in 1651, many of the county’s historic homes have been beautifully restored and now reside harmoniously beside newer waterfront home and inland home communities. Local residents say they’ve escaped to a simpler time and slower pace of life while still being just a short drive away from major cities such as Norfolk, Newport News, Hampton, Williamsburg, and Richmond.

The history of Gloucester is one that is significant not only to Virginians, but to all Americans and to the founding of our nation. Soon after Jamestown was established in 1607, John Smith was captured by Native Americans and taken to Chief Powhatan’s village along the York River at Werowocomoco in Gloucester County. According to legend, Smith was saved from execution by Powhatan’s daughter, Pocahontas during his confinement at the village. During the Revolutionary War, Continental forces stationed at Gloucester Point played a significant role in George Washington’s victory at Yorktown on October 19, 1781. Gloucester is also the site of many historical homes including Warner Hall, George Washington’s grandmother’s home, Rosewell Plantation on the York River where Thomas Jefferson composed much of his early work for colonial independence, historic Abingdon Church where both presidents Washington and Jefferson attended services, and the birthplace of Dr. Walter Reed, conqueror of yellow fever during the building of the Panama Canal.

As the years have passed, Gloucester has maintained a strong connection with it’s rich heritage. The old-town district on Main Street has been carefully preserved with several historic 18th-century buildings surrounding the village green, and a variety of quaint antique shops, restaurants and
specialty stores. Gloucester is also known for its outdoor festivals, such as the Daffodil Parade and Festival held each April to celebrate the history of this hardy flower originally transplanted by early English settlers in the 17th century.

In recent years, exciting new growth has taken place in the Gloucester business arena with a wave of commercial real estate development including shopping centers, stores, and restaurants on the Route 17 business corridor. Along the waterfront, aging seafood piers and wharfs, once the home of the legendary Chesapeake Bay Watermen, have been revitalized with modern marinas, waterfront homes, and public recreational facilities. Further inland, many large farms still remain, while others have been divided to provide large acreage single family homes, residential communities, and horse farms. In spite of this modern progress, Gloucester maintains a small town feeling, its streets seem uncrowded, and its pace unhurried. The culture can be said to be centered on the resources of this spectacular Chesapeake Bay region. Its natural beauty captures residents and visitors alike.

Gloucester Realty is proud to offer you a selection of quality waterfront homes, inland homes, commercial real estate, and land in the Gloucester Virginia real estate market, as well as in our neighboring counties of Mathews, Middlesex and York, along the Chesapeake Bay Middle Peninsula, and Lower Virginia Peninsula region. Our listings include a wide variety of affordable to moderate price range homes, waterfront homes, historic homes, farms and land to fit your specific real estate needs. Thank you for visiting our website and we look forward to hearing from you soon.