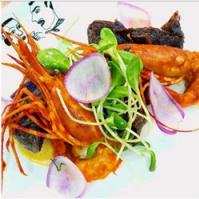 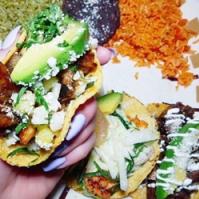 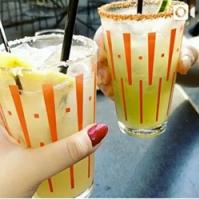 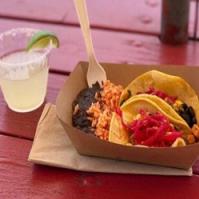 Ironically, it was in French restaurants where Chefs Mary Sue Milliken and Susan Feniger first tasted authentic Latin flavors. While guests were dining on escargot out front, in the back of the house Mary Sue and Susan were discovering the home cooking of Oaxaca and the Yucatan at staff meals prepared by their fellow cooks from Mexico. Unlike anything they had ever tasted in Mexican restaurants in the United States, the dishes were as varied and complex as the French fare the chefs were serving out front.

In 1985, Mary Sue and Susan packed a VW bug and took a road trip far south of the Mexican border. Never setting foot in a “fine restaurant,” they learned the recipes and techniques of market vendors and home cooks, from street corners in downtown Mexico City to back road family barbecues and taco stands along the beach. When they returned, they opened Border Grill and “applied the same intelligence,” noted Los
Angeles Magazine, “to green corn tamales and cactus-paddle tacos that other chefs might to a lobe of foie gras.” Border Grill quickly established a new standard for gourmet Mexican fare. Since then, Border Grill has expanded to restaurants in Las Vegas at Mandalay Bay Resort and Casino (1999) and The Forum Shops at Caesars (2014), Downtown LA (2010), two gourmet Border Grill food trucks (2009), and locations at Los Angeles International Airport in the Tom Bradley International Terminal (2013) and The Huntington Library, Art Collections, and Botanical Gardens in San Marino (2016).

Looking back, Mary Sue and Susan’s success with Border Grill seems like it was a foregone conclusion, but as chefs, cookbook authors, and restaurateurs, they were truly risk-taking pioneers. Their first restaurants, City Café and then CITY (1981-1994), featured a menu of groundbreaking, eclectic, and adventurous dishes from all over the world, and that tradition continued at Ciudad (1998-2010) with dishes from around the globe containing
a seductive Latin flair. At CITY, Ciudad, and now at Border Grill, Mary Sue and Susan are unusually approachable, winning over a broad clientele not only with their cooking, but also with their warmth and casual interaction. They swap recipes, answer cooking questions, and get guests to try something different. Natural teachers, they make the world of Mexican ingredients and authentic dishes completely fun and accessible.