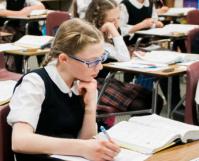 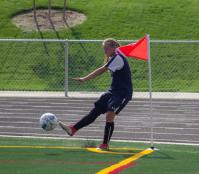 Since its founding in 1970, American Heritage School has continued to flourish under the leadership of many fine administrators and teachers. The school moved to its new (current) campus in 2002 and presently enrolls approximately 920 students in grades K-12.

When the BYU Training School closed in 1968, Dr. H. Verlan Andersen met with a group of other BYU professors and parents with the intent of establishing a private school. They desired to have their children’s academic learning enhanced and enlightened by principles of morality, religion, liberty and patriotism.

In preparation for opening the school, Shirley Andersen, wife of H. Verlan Andersen, and other school founders spent many hours researching curricula and methodologies that were being used in school districts across Utah. Finding a building was also a priority – so Dr. Andersen conveyed to President Ezra Taft Benson the school founders’ interest in locating a building suitable for the school.