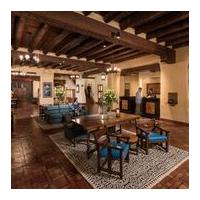 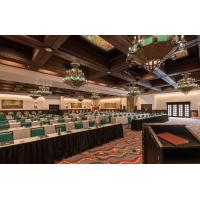 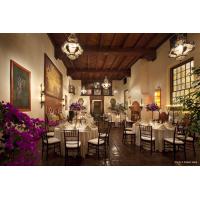 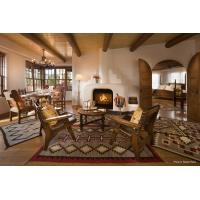 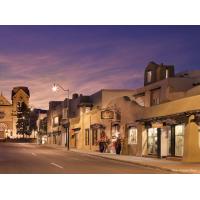 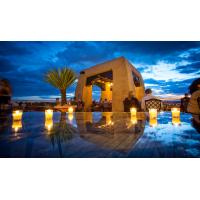 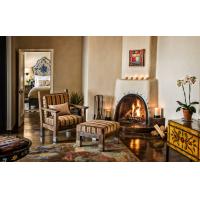 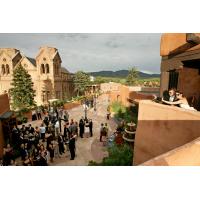 La Fonda on the Plaza holds a coveted place in Santa Fe history, a component in a rich tapestry of hospitality that predates American independence. City records indicate that La Fonda sits on the site of the town's first inn, established when the city was founded by Spaniards in 1607, making our property the oldest hotel corner in America.

Vibrant and eclectic, and a proud member of Historic Hotels of America®, La Fonda's history can be traced back 400 years. In 1821, Captain William Becknell and his party found their way to the La Fonda during the maiden commercial route across the plains from Missouri, establishing the Santa Fe Trail as well as La Fonda's reputation for hospitality. Throughout the 19th century, La Fonda quickly became the preferred lodging option among trappers, soldiers, gold seekers, gamblers and politicians. The adobe structure changed hands several times as the years progressed, enduring milestones such as the Civil War, railroad expansion and New Mexico statehood, while maintaining its status as a Santa Fe landmark.

The structure that guests enjoy today was built in 1922 and features the influence of architects Mary Elizabeth Jane Colter and John Gaw Meem. Authentic elements including hand carved beams, stained glass skylights and a 25 foot cathedral ceiling create a romantic aura unique to La Fonda's Santa Fe history. Elements of the original design are still evident throughout the hotel, with La Plazuela situated on the hotel's original 1920's outdoor patio, as well as breathtaking skylights, terracotta tile and hammered tin chandeliers in our event venues. In 1925, the building changed hands again when it was acquired by the Atchison, Topeka & Santa Fe Railway. The company leased the property to Fred Harvey, a gentleman renowned for his keen sense of hospitality. Harvey introduced his own personal touch and made the inn a Harvey House, a hotel chain noted for its high standards, fine dining and the signature "Harvey Girls," a staff of exceptionally well-trained waitresses. Recently, Daggett Harvey, a Fred Harvey descendant, and Stephen Fried, author of Appetite for America: Fred Harvey and the Business of Civilizing the Wild West—One Meal at a Time spoke at La Fonda about how the company supported women and people of color in the workplace and how economic and social forces led to its sale in 1968 and the demolition of so many Harvey House gems. The complete talk can be viewed HERE.

La Fonda remained a Harvey House until 1968 when local businessman Sam Ballen and his wife Ethel acquired the property. The property remained in the Ballen family's care until October, 2014 when long-time family friends Jennifer Kimball and her brother Philip Wise along with his firm, Cienda Partners, acquired the property. The pair is dedicated to continuing the hotel’s rich legacy of gracious hospitality amid extraordinary surroundings, maintaining La Fonda's position as a prized national treasure, perfect for guests in town for all occasions, from art tours to beautiful Santa Fe weddings.