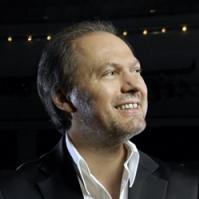 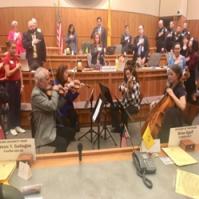 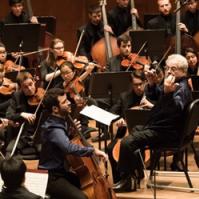 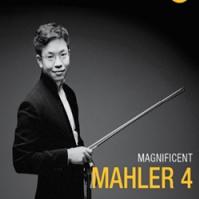 In 1932 members of the Albuquerque Rotary Club adopted a resolution to organize a symphony orchestra. The Rotarians asked Grace Thompson Edmister to form the Symphony Civic Orchestra, making Edmister the first woman in the United States to conduct such an ensemble. Immediately after the announcement was made, community members stepped forward to launch the inaugural event. The University of New Mexico offered instruments, sheet music, and a concert location. Mayor Clyde Tingley went door-to-door inviting community members to the concert. The response of the city was beyond expectations with 2,000 people in attendance. At the end of the concert, Rotary Club International President Clinton P. Anderson officially presented the orchestra to the City of Albuquerque, which was accepted on behalf of the citizens of Albuquerque by Mayor Tingley.

The orchestra received its first payment for performing at the KiMo Theatre for the dedication of KOB, the first 50,000 watt radio station in Albuquerque. It was decided that the performance payment would be used to purchase the first sheet music owned by the orchestra.