Walt Benson was elected to serve as Bernalillo County Commissioner for District 4, which encompasses the Northern Portion of Bernalillo county, from Sandia Heights and North Albuquerque Acres to Paradise Hills, Ventana Ranch, ... Walt Benson was elected to serve as Bernalillo County Commissioner for District 4, which encompasses the Northern Portion of Bernalillo county, from Sandia Heights and North Albuquerque Acres to Paradise Hills, Ventana Ranch, and portions of the North Valley.

Walt is a small business owner and entrepreneur at heart. He spent most of his professional career in finance and banking while starting several successful businesses in and around Albuquerque. As a proven job creator, Walt has seen the positive impact that good jobs can have on families and communities, as well as their impact on reducing crime. Given that, one of Walts's top priorities is improving the business climate in Bernalillo County, so that jobs and opportunities can grow, while decreasing Bernalillo County's notorious brain drain (the term given to the trend of talented New Mexicans leaving the state looking for better opportunities).

Walt also helps lead one of Albuquerque's largest mental health counseling clinics, where much of their time and resources are directed to Albuquerque's International District. He has firsthand experience working with the homeless and returning citizens while helping to reduce recidivism. The clinic also works diligently to address substance abuse and mental illness in the community. This work has led to Walts's other top priorities for the county: reducing crime and addressing the homeless and drug crisis.

Walt and his wife, Amy, have four school-aged children. In his spare time, Walt is a member of the APS Audit Committee, volunteers as a basketball coach, and baseball umpire enjoys weight training and loves camping and backpacking in the New Mexico wilderness. 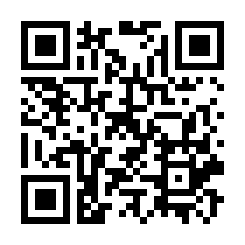