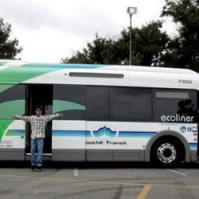 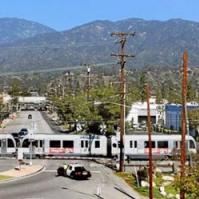 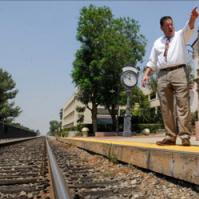 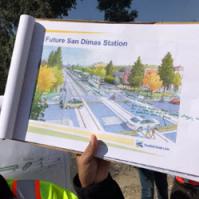 The Foothill Gold Line is a nearly $2 billion, 12-station extension of the Metro Gold Line light rail system, being overseen by the Metro Gold Line Foothill Extension Construction Authority, an independent transportation planning and construction agency created in 1998 by the California State Legislature. The project is planned in two segments – Pasadena to Azusa and Glendora to Montclair. The Pasadena to Azusa segment is fully funded by Los Angeles County’s Measure R and was completed on time and on budget on September 23, 2015. At that time, it was turned over to Metro for pre-revenue service. Metro has stated they anticipate opening the Pasadena to Azusa segment stations for passenger service on March 5, 2016. The Glendora to Montclair segment is currently undergoing advanced conceptual engineering, and will be shovel-ready in 2017. The Construction Authority is currently seeking $1 billion to construct the Glendora to Montclair segment.

The Foothill Gold Line Construction Authority (also known as the Metro Gold Line Foothill Extension Construction Authority) is an independent transportation planning, design and construction agency created in 1998 by the California State Legislature, SB 1847 (later updated in 2011-AB706 and 2012-AB1600). The agency was created to immediately resume design, contracting and construction of the Los Angeles to Pasadena Metro Gold Line (formerly the Pasadena Blue Line) which had been suspended by the Los Angeles County Metropolitan Transportation Authority (Metro) earlier that same year.

I Will Ride - Foothill Gold Line