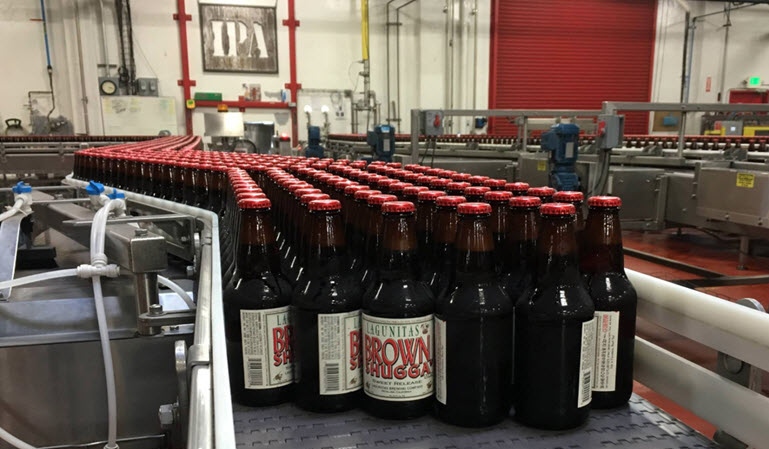 Phone:
Text the word: THELAGUNITASBREWING To: 72727 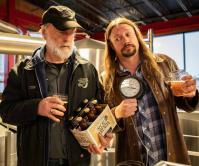 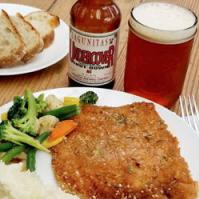 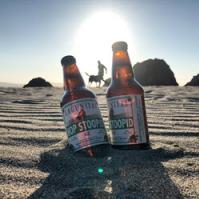 It was Northern California 1993. Tony Magee started brewing on a stovetop homebrew kit and, after a couple batches, some stray wort had spilled down the back. When Thanksgiving night came, and the wort caught fire and burned the turkey to a crisp, Tony’s wife Carissa kindly asked him to move his new hobby elsewhere.

He moved into an old storage shed in the town of Forest Knolls, Calif. (next to the town of Lagunitas, which Tony thought had a cool-sounding name…) and he started brewing more and more. The beers ranged from vile and repugnant, to delicate and exceptional. And then came IPA, and he knew he could never go back. Eventually, Tony grew out of that space and moved just down the road to Petaluma, bringing his recipes and the Lagunitas name with him.

As the brewery grew, the tribe that drank the beer followed, and we expanded our zymurgicological reach into new territories and new beers.

One morning while driving from his home to the Petaluma brewery, Tony thought about his beer traveling to the other side of the country and realized how to get beer there fresher. The answer was: Chicago. With the help from some new friends in the Windy City, one year later our Pilsen-based production facility opened its doors and started brewing for Chicagoland and everything east of the Rockies. Back on the West, a Seattle brewpub followed soon after, with another in Azusa, Calif. on the way.

Now, Lagunitas beers are available in 20-ish countries and growing. And whether supporting local communities by turning beer into money for the cause, or simply fueling stories and songs with IPA and other fine ales, we’ve learned one thing (aside for how to cook a turkey)… Wherever you go: beer speaks, people mumble.