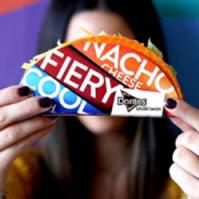 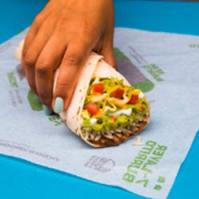 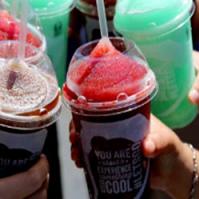 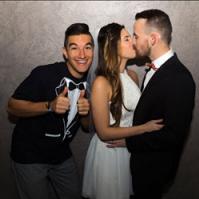 Glen Bell, a former Marine, began the chain with his first restaurant in San Bernardino, California. He named it Bell's Drive-in. Glen Bell was 23 when he left the Marine Corps in 1946. He was an avid Mexican food take-out customer. Aware of the hang-ups in ordering tacos to go from a full-service restaurant, he wanted to change the method of preparation. He began by selling various hot dogs, including a chili dog in a Mexican neighborhood. At the same time, he researched tacos. Glen Bell sold the El Tacos to his partners and built the first Taco Bell in Downey in 1962. Kermit Becky, a former Los Angeles police officer, bought the first Taco Bell franchise in 1964 on Western near Carson Avenue. It may have been the first with an adobe brick facade. Dane Stephenson established the first Taco Bell in New Jersey in 1964. Bell passed away on January 17, 2010 at 86 years old.

Taco Bell Corp., a subsidiary of Yum! Brands, Inc. (NYSE: YUM), is the nation's leading Mexican-inspired quick service restaurant (QSR) brand. From breakfast to late night, Taco Bell serves made-to-order and customizable tacos and burritos, among other craveable choices, and is the first QSR restaurant to offer American Vegetarian Association (AVA)-certified menu items. Taco Bell and its more than 350 franchise organizations proudly serve over 42 million customers each week through nearly 7,000 restaurants across the nation, as well as through its mobile, desktop and delivery ordering services. Overseas, Taco Bell has over 250 restaurants, with plans to add 2,000 more restaurants internationally within the next decade. The brand encourages its fans to Live Mas and connects with them through sports, gaming and new music via its Feed The Beat music program. Taco Bell also provides education opportunities and serves the community through its nonprofit organization, the Taco Bell Foundation, and connects fans with their passions through programs such as the Live Mas Scholarship program. In 2016, Taco Bell was named as one of Fast Companys Top 10 Most Innovative Companies in the World.