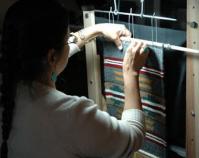 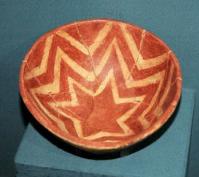 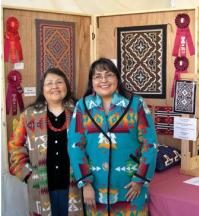 Established in 1937, the Amerind foundation and Museum seeks to foster and promote knowledge and understanding of the Native Peoples of the Americas through research, education, and conservation.

History of the Amerind Foundation
The Amerind Foundation was founded in 1937 by William Shirley Fulton (1880-1964) as a private, nonprofit archaeological research institution. A native of Connecticut, Fulton became interested in archaeology as a young man. Several trips to Arizona between 1906 and 1917 permanently captured his attention in the Southwest. Throughout the 1920s Fulton regularly traveled west from his New England home, heading into the southwestern mountains, as well as the canyons and mesa country to explore for archaeological sites.


William S. Fulton's trip to Hopi in 1924 was captured in a photographic diary.

On one of his visits he heard of Texas Canyon with its rugged vistas and rumors of prehistoric agricultural villages. Fulton purchased the property of his FF Ranch (later the Amerind Foundation) in 1930. After building a home amid the boulder formations of Texas Canyon in 1931, Fulton soon found his annual trips to the Southwest to be of ever longer duration. Possibly as early as 1929, Fulton began to excavate archaeological sites on his ranch property. What began as an avocation became increasingly sophisticated as he published his first scholarly articles in 1934, and 1938, based on his field work, entitled Archaeological Notes on Texas Canyon, Arizona. With the incorporation of the Amerind Foundation in 1937, Fulton was fully committed to supporting research into North America's prehistoric past.

Fulton believed that one of the few means of interpreting ancient cultures was through the collection and preservation of their surviving material remains. He also believed that contemporary Indian cultures could help to interpret the past, but that many native traditions were rapidly disappearing under the influences of the modern world.

These beliefs were central to Fulton's own studies, to his active support of other archaeologists, and why he created one of the finest private museum collections of ethnographic and archaeological materials anywhere. The years from 1937 witnessed the expansion of the Amerind facility as the Museum, Library, Art Gallery (primarily Mrs. Fulton’s contribution), laboratories, storage, workshops, and staff housing were constructed.

Throughout its history, Amerind has continued to pursue archaeological research that contributes significantly to our knowledge of the American Southwest and Northern Mexican prehistory. Although the Amerind, at this point, is no longer engaged in archaeological excavations, we contribute to the field by hosting 3-5 advanced seminars each year, bringing together archaeologists, anthropologists and other scholars to discuss, debate, and synthesize work on various topics. Seminar proceedings are regularly published in Amerind's New World Studies Series through the University of Arizona Press