Mondays and Tuesdays: Closed
Wednesday - Sunday 9:00 a.m. To 4:00 p.m.
Please call ahead to assure we will be open for tours.
June to August 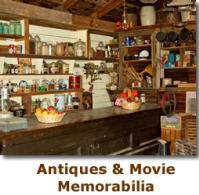 John (Jay) Ashley Gammons owner and founder of Gammons Gulch was born in Woonsocket Rhode Island in 1947. His parents owned a Guest Ranch then, but do to the ill health of Jay’s mother they were forced to move West.

In 1950 they settled in Arizona with Jay attending grade school in Tombstone, Arizona and where Jay’s father worked at odd jobs until he was hired on as Chief of Police in Tombstone from 1954 to 1956.Jay’s father went on to work for Pima County as a Range Deputy where he would also serve as Security for movies when they filmed in the area. His father eventually became John Wayne’s personal body guard when Mr. Wayne worked in the area.

As a boy Jay would accompany his dad and occasionally be an extra in the movies. Jay has appeared in films such as Rio Bravo, McLintock, El Dorado and many more.

In his teens, we would assist as a body guard for stars including Ava Gardner. These experiences stirred young Jays’ interest in film production and coupled with his blooming love of the history of the Old West prompted Jay’s dreams of owning and operating his own movie location set.