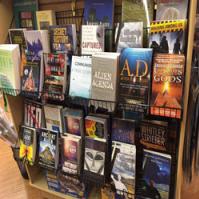 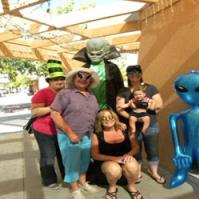 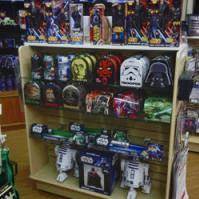 We are a family owned and operated souvenir shop with over 47 years of experience providing a "Disney themed cast" that love taking care of our great customers at Hoover Dam and in Boulder City . We currently employ a lot of full time Employees to keep things running. Buy Buy Buy to make us even busier and hire more!

The secret is out! The flying saucer has landed! Hoover Dam exposed Area 52 classified top secret underwater alien UFO base discovered under Hoover Dam. Location… Lake Mead/Boulder City, NV /36’ 01-N 114’ 44-W.
In the late 50 and 60’s Area 51 was classified as a top secret UFO alien base that the US Government denied existed until Russia showed a satellite map of the base. Rumor has it that the government shipped some of the alleged UFO aliens and alien craft from Roswell and were back engineering the technology.

However, we’ve discovered that Area 51 was a front the government used to cover up the real top secret classified base, which is Area 52 under Hoover Dam, Lake Mead and Boulder City. There is a secret tunnel 2 to 4 miles underground leading from Area 51 to Area 52 and the real UFO alien experimental research for back engineering technology exists in a large underground base 15 miles below Hoover Dam, Lake Mead and Boulder City said to be the size of New York City.

There is reputed to be every alien orb, saucer, triangle, cigar type craft there and several alien races all living and working under the protection of the elite subterranean task force that operates at a level above the US top military echelon. As the US Military - Airforce, Army, Navy, Marines, etc usually puts out misinformation to refute UFO sightings the same applies to the underground base under Hoover Dam, Lake Mead and Boulder City to add to the controversy, conspiracy or cover-up search Hoover Dam Aliens on the web.

Shop for gifts, souvenirs, and jewelry in Historic Boulder City with specialty items from Area 52.