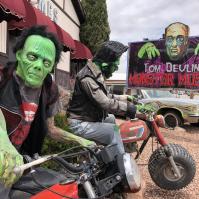 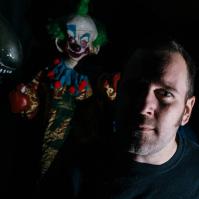 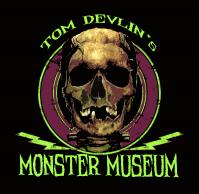 Monster Museum
Tom Devlin's Monster Museum is located in historic Boulder City, NV, between Las Vegas and the Hoover Dam.
Our mission is to preserve the art and history of special makeup effects. This gallery of Tom's art includes everything from screen used props and creature suits to custom pieces representing monsters throughout movie history.
Don't forget to take something monstrous home with you from our selection of t-shirts, patches, costumes, masks and collectables!

About Tom Devlin
Tom Devlin has been working professionally as a special makeup effects artist since 2001. If you've ever met Tom, it is clear that monsters, horror movies and Halloween are not just a job for him, but a passion.

Through his company 1313FX, Tom has provided creatures and special makeup effects on over 100 feature films, working with many of the actors and directors that inspired his path.

In addition to his work in film and television, Tom created a line of Halloween masks for the Haunted Attractions industry. He sold his creations to some of the most well-known haunts across the country from 2010-2015.

In 2011 Tom appeared as a contestant on season one of the SyFy reality series "Face Off". He quickly became a fan favourite with his winning horror villain "Teddy Told Me To", a terrifying take on the teddy bear.

After years of creating monsters through his work, Tom wanted to open a museum to share his art collection with the world.