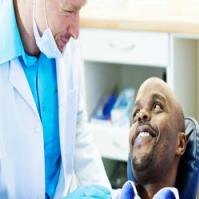 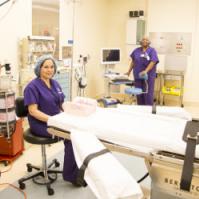 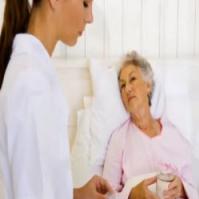 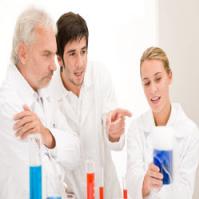 Boulder City's first hospital was built by the Six Companies, the group responsible for building Hoover Dam. The U.S. Public Health Service, the government agency that would have been responsible for maintaining health in the dam town, couldn't afford to build a hospital. A second government agency, the Bureau of Reclamation, felt since the majority of workers on the project were employed by Six Companies, it was the companies' responsibility to build and maintain a hospital. The government worked out an arrangement by which Bureau employees could also use the hospital.

The hospital site was the top of Block 8, a hill on the northeast side of town originally reserved for a resort hotel. The view from the hospital was magnificent: the Eldorado Valley and McCullough Mountains to the south, and to the north the Colorado River wound lazily through its bed. Construction began in August 1931 and the hospital was opened November 15, 1931. The cost of the original Boulder City Hospital was $20,000.

The hospital was built of brick and white stucco, and the L-shaped building housed 20 beds and a special orthopedic ward. The Pest House, an eight-bed isolation facility for contagious diseases, was maintained away from the main hospital building. In 1933 a wing was added to the hospital as an isolation ward and the Pest House was torn down.

Six Companies employees were charged $1.50 per month health fee through payroll deduction which entitled them, but not their families, to services at Boulder City Hospital. Family members of the dam workers were forced to travel to Las Vegas for care.

When the dam was finished in 1935 and the Six Companies left Boulder, the hospital was closed. Those needing medical care went to Las Vegas. In some emergency cases, the time to travel into town proved fatal. In 1938 the National Park Service assumed responsibility for the hospital building and turned it into a museum and office. The Park Service left the building in 1941 and the building remained vacant for two years.