St. Jude's Ranch for Children wasn't a place so much as a dream in the mind of one well-meaning man. What if we could build a place for neglected children? He wondered. How much good could we do?

About St. Jude's Ranch for Children 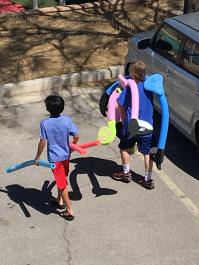 St. Jude's Ranch for Children wasn't a place so much as a dream in the mind of one well-meaning man. What if we could build a place for neglected children? He wondered. How much good could we do?

A lot! For 50 years, St. Jude's Ranch has provided a safe, nurturing home with therapeutic residential treatment services to thousands of abused and neglected children in Nevada. St. Jude's Ranch has made and continues to make a difference by creating new lives with new hope for these children.

It all began with Father Jack Adam, an Episcopalian priest, who envisioned a place where neglected children could feel loved. He named the place after St. Jude, the Patron Saint of Desperate Causes. At first, Father Adams project seemed to be one of those desperate causes, but that changed in 1966 when several members of the community stepped in to help.

Claudine and Shelby Williams assisted with fundraising and organized a successful gala called the Nite of Stars. With the help of Forrest Duke, the entertainment columnist at the Las Vegas Review Journal, they convinced stars including Jack Benny, Shecky Greene, Bob Hope and Frank Sinatra to perform. Held November 15, 1966, at the Riviera Hotel, the event was a great success, raising more than $30,000.

Alvin Wartman, an attorney in Boulder City, persuaded City fathers to provide 40 acres of land for a campus. The Sisters of Charity, an order of nuns based in Bristol, England, agreed to care for the children. Builders, contractors and tradesmen offered to help develop the property.

St. Jude's Ranch for Children was instituted in 1966, construction began in 1967 and later that year, Eddie a boy from Elko, Nevada became the first resident. The Ranch wasnt big or fancy, but the kind people of Southern Nevada quickly embraced the organization and its mission.

The St. Jude's Ranch Womens Auxiliary was established and became the largest and most active support group in the Las Vegas area with more than 300 members. Publicity that had surrounded the Nite of Stars helped bring new supporters to the Ranch family.

Under the leadership of Father Herbert Ward, Executive Director from 1970-2000, St. Jude's Ranch became one of Southern Nevadas most visible and successful nonprofit organizations. Over time, the organization grew and expanded its programs into two locations in Las Vegas, offering related services such as housing for homeless families and singles, employment and education assistance, sibling preservation for families separated in foster care and family support services to provide caregivers skills and resources they need before children are removed from the home.

Today, our campus is a community landmark and an important part of life in Boulder City. Not only do we continue to serve the needs of abused and neglected children and young adults in Southern Nevada, we give tours of our campus, maintain a Thrift Store that is open to the public seven days a week and conduct weddings and other services in our beautiful chapel.

Crossings and New Crossings, our transitional living programs for homeless youth and families, and Child Focus, our sibling preservation program, are both located in Las Vegas.

Even though there have been changes over the years, St. Jude's Ranch has remained true to its mission: rescuing abused, abandoned and neglected children and providing a safe, nurturing and therapeutic home for them.

Transforming the lives of abused and at-risk children, young adults and families by empowering them to create new chances, new choices and new hope in a caring community.

To break the cycle of abuse and neglect by mending spirits and renewing hope. 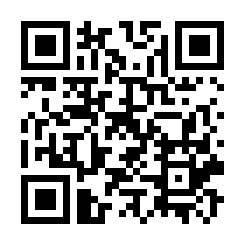