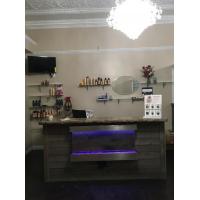 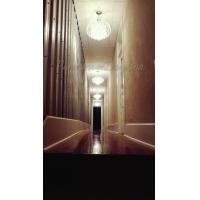 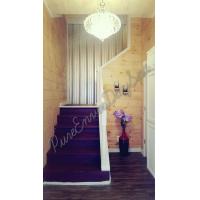 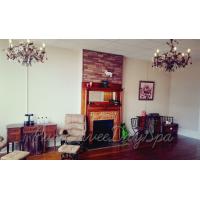 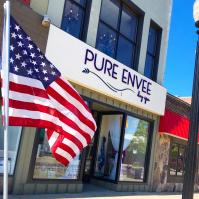 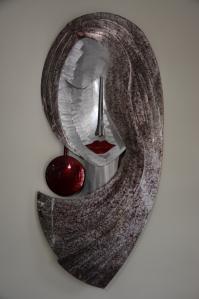 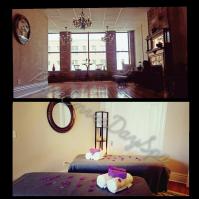 Pure Envee in downtown Coldwater, MI offers its clients a restful escape from the stress of a fast-paced lifestyle in our beautifully renovated two story building.  We offer professional spa services, including body wraps, massage therapy, acupuncture, pedicure and manicures. As well as, skin care and a full service hair salon for men and women.

We have a full body LED Therapy bed and we have recently added a HaloTherapy Salt Room.

Valorie Johnson had been friends with Tracy Honyoust Norton since they were in grade school. She was 10 and Tracy was 9 when they first met.

Tracy became a cosmetologist and practiced for more than 30 years, while Valorie pursued a career in the non-profit sector for more than 3 decades. Although they had not lived in the same town for many years, they continued to be the best of friends.

No matter how much time had passed or how far apart they were, when they got together it was as if time stood still. Even when they had not spoken for a long time, Valorie and Tracy knew they were never alone as long as they had each other.

Since Valorie had a business background and Tracy had experience in the salon and spa industry, they decided to start a company. Excited, they flew to New York in March to meet with a business that manufactured skincare products.

Tracy had never ridden in a cab, taken the subway, or gone to a Broadway show. She and Valorie spent the weekend checking several things off Tracy’s bucket list before heading home with a plan.

To prepare for their business, Valorie bought a two-story building in Coldwater, halfway between her and Tracy’s homes. She gave notice to her employer that she would be retiring in 6 weeks. Just 4 days later, Tracy found a lump.

Tracy was diagnosed with cancer and passed away just 2 months later. Valorie  wanted to keep Tracy’s memory alive by following their dream to the best of her ability. A skincare line was launched and named TH#9 in honor of Tracy.