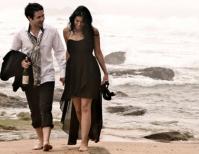 Aquamarine Jewelers was founded in 1996 by Aiman Nasrawi. Aiman was born in Amman, Jordan in 1970 and by the age of 13, he began making jewelry. He worked alongside his uncle Joseph and uncle George Badra.

By watching his Uncles’ skillful hands at work, he knew then that this artistic lifestyle would too be his calling. Soon after that, in 1989, Aiman moved to the United States of America where he continued working in the jewelry line of work.