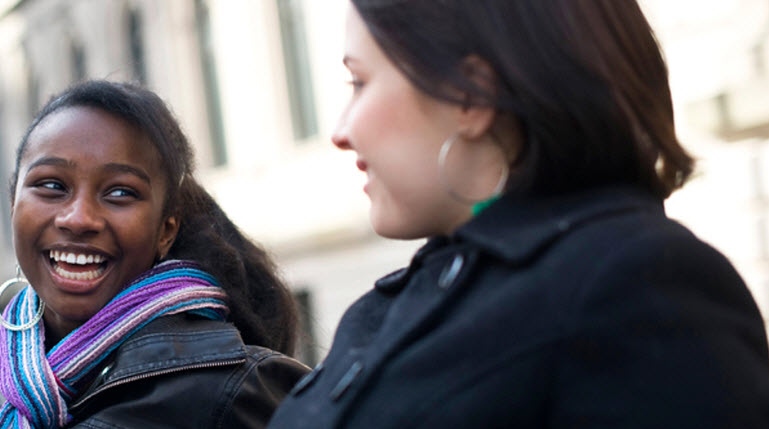 Each time Big Brothers Big Sisters pairs a child with a role model, we start something incredible: a one-to-one relationship built on trust and friendship that can blossom into a future of unlimited potential. And thanks to the first-ever nationwide impact study of a mentoring organization, we have the facts to prove it.

Public/Private Ventures, an independent Philadelphia-based national research organization, looked at over 950 boys and girls from eight Big Brothers Big Sisters agencies across the country selected for their large size and geographic diversity. This study, conducted in 1994 and 1995, is widely considered to be foundational to the mentoring field in general and to Big Brothers Big Sisters Community-Based program in particular.

Approximately half of the children were randomly chosen to be matched with a Big Brother or Big Sister. The others were assigned to a waiting list. The matched children met with their Big Brothers or Big Sisters about three times a month for an average of one year.

Researchers surveyed both the matched and unmatched children, and their parents on two occasions: when they first applied for a Big Brother or Big Sister, and again 18 months later.

Researchers found that after 18 months of spending time with their Bigs, the Little Brothers and Little Sisters, compared to those children not in our program, were:

“These dramatic findings are very good news, particularly at a time when many people contend that ‘nothing works’ in reaching teenagers,” said Gary Walker, then-President of Public/Private Ventures. “This program suggests a strategy the country can build on to make a difference, especially for youth in single-parent families.”