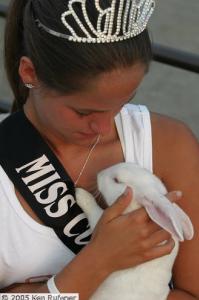 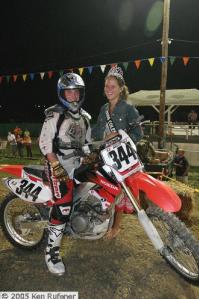 Since 1854 the Coles County Fair has been held—making it the oldest continuing county fair in the state. However, Coles County has been interested in agricultural fairs since 1841. An association entitled the Coles County Agricultural Society was formed in Charleston on May 24, 1841. The Society held three successive fairs given on October 1, 1841, October 1, 1842 and September 27, 1843. Each fair lasted one day and, as there were no grounds belonging to the association, they were held on the town commons located in the northwest part of Charleston in what was then called “The Woods.” In 1856 the directors of the Coles County Agricultural Society were able to secure about seven acres of elevated land about a mile west from the city of Charleston. They paid a hundred dollars down on it, built a fence around it, dug and curbed a well, and made a list of premiums for the next fair to be held September 24 and 25, 1856.

There’s a great deal of history behind the fair. It was the site of the fourth of the seven Lincoln-Douglas debates on September 18, 1858 where an estimated crowd of between ten and twelve thousand was in attendance. The grounds were described by many to be the most beautiful fairgrounds in the state. William Jennings Bryan’s colorful speeches were once part of the Chautauquas held on the grounds and traces still can be found of the sidewalk to the tabernacle where evangelist Billy Sunday once preached. In the early 1900’s the race track was lengthened, repaired, and practically rebuilt by bringing in three hundred loads of dirt. There were horse races, mule races, bicycle races, dog races and a “fire truck” race. A part of the Charleston Fire Department before 1900 consisted of barrels pushed on carts by men. These made an amusing race when run on the race track and viewed by the many visitors. In the center of the race track was a beautiful bandstand with spiral steps leading up.

The Coles County Fair suffered a great disaster Saturday afternoon, May 26, 1917 when a terrific tornado demolished the grounds, with the exception of a portion of one stable. Another disaster, a fire on December 1, 1973, killed 57 race horses. The grounds have continued to change and expand through the years and more buildings have been added and updated. People continue to come to the fair to have a good time—to be entertained by grandstand shows, horse races, 4-H exhibits, tractor pulls, carnivals rides, fabulous fair food and just to see their friends and neighbors. Community support is important; there is something for everyone at the Coles County Fair.