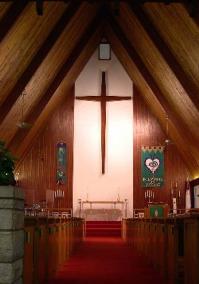 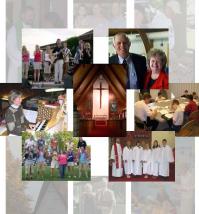 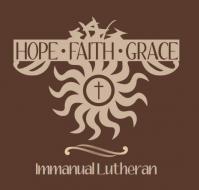 Immanuel Lutheran Church of Charleston, Illinois was formally organized on January 23, 1926. From its founding group of 18 people, Immanuel's congregation has grown to over 400 communicant members today.

In October of 1927 Immanuel was formally accepted as a member of the Lutheran Church Missouri Synod. Early in 1928 a site for the church building was purchased at 9th Street and Lincoln Avenue. The cornerstone was laid in June of 1929 and the new church was dedicated in September of that same year.

By the mid 1950's, growth of the church, community expansion, and a new highway made it necessary to consider relocating. A five acre tract of land at the corner of 9th Street and Cleveland Avenue was purchased. A grant from the Central Illinois District of the LCMS was instrumental in helping the dream of a new church facility become a reality. Groundbraking ceremonies were held on July 5, 1960 and the new church building was dedicated on September 24, 1961. On October 26, 1986 a mortgage burning ceremony was held.

In the 1970's a Braille Workshop was initiated and the participants printed over 50,000 books in many languages. These books were sent to over 120 countries. At that time a preschool program was also formed for three and four year old children. The preschool helped prepare the children for school through play and learning activities with a Christ-centered curriculum. Immanuel's various ministries continued to grow and in 1985 the former parsonage was converted for use as an education annex.

In 1997 the congregation recognized the need for a major expansion of the church building. A capital-building stewardship campaign enabled the congregation to initiate Phase I of a multi-phase remodeling and expansion program. Among the many improvements of Phase I, the building program enabled the expansion of the preschool to all day. Additional classrooms in the main church building allowed for the modification of the Education Annex into a Student Center for college students. The campus ministry program has been experiencing an increasing number of activities and student involvement.

With God's guidance, Immanuel continues to reach out to those in need with His grace "Bridging the Gap" from His heart to our homes.