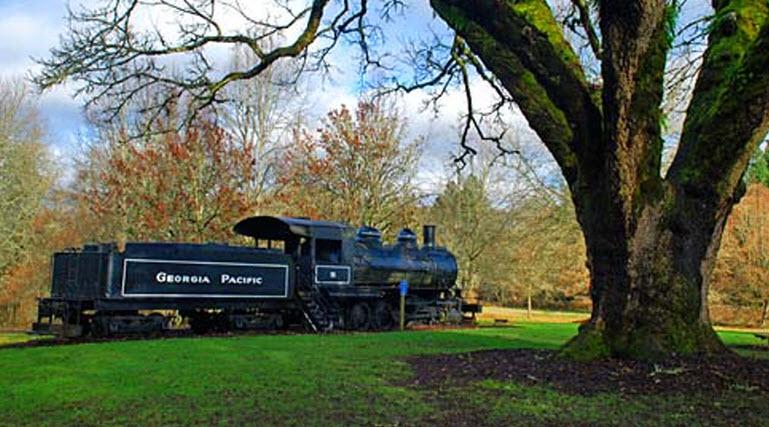 Benton County was established by the Provisional Legislature in 1847. It was named in honor of Senator Thomas Hart Benton of Missouri, who was instrumental in promoting the development of Oregon Country. Carved from Polk County, Benton County stretched from the Polk County boundary south to the California border and from the Pacific Ocean east to the Willamette River. Umpqua, Lane, Douglas, Jackson, Lincoln, Josephine, Curry, and Coos Counties were created from portions of the original Benton County (see how the county boundaries have changed).

Today Benton County occupies 679 square miles of the central Willamette Valley and is bordered on the east by the Willamette River and Linn County, on the west by the summit of the Coast Range and Lincoln County, on the north by Polk County, and on the south by Lane County. The city of Marysville, later renamed Corvallis, became the county seat in 1851.

At the time of its creation, Benton County government consisted of two or more justices of the peace acting as county commissioners; a judicial system including circuit, probate, and justice courts; clerks for each court; law enforcement offices of sheriff and coroner; and the tax and finance offices of the assessor, tax collector, and treasurer. In 1972 a home rule charter was passed in Benton County and the governing body of the county became a three-member board of commissioners. See more about county government in the Oregon Blue Book.)

Benton County was created out of land originally inhabited by the Klickitat Indians. All Indian claims to land within Benton County were ceded in the Treaty of Dayton in 1855. In 1862 Corvallis became the site of the Oregon State Agricultural College, known today as Oregon State University.