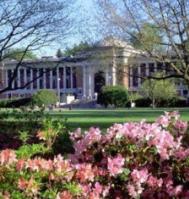 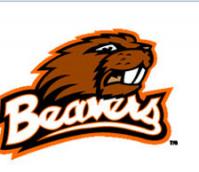 Oregon State University has always been a place with a purpose — making a positive difference in quality of life, natural resources and economic prosperity in Oregon and beyond. Through discovery, innovation and application, we are meeting challenges, solving problems and turning ideas into reality.

Founded in 1868, Oregon State is the state’s Land Grant university and is one of only two universities in the U.S. to have Sea Grant, Space Grant and Sun Grant designations. Oregon State is also the only university in Oregon to have earned the Carnegie Foundation’s top designation, awarded to institutions with “very high research activity.”

As Oregon’s largest public research university, with a record $252 million in research funding in 2008-09, Oregon State’s impact reaches across the state and beyond. With 12 colleges, 15 Agricultural Experiment Stations, 35 county Extension offices, the Hatfield Marine Sciences Center in Newport and OSU-Cascades Campus in Bend, Oregon State has a presence in every one of Oregon’s 36 counties, with a statewide economic footprint of $1.5 billion.

Oregon State welcomes a diverse student body of nearly 22,000 students from across Oregon, all 50 states and more than 80 countries. They can choose from more than 200 undergraduate and more than 80 graduate degree programs, including over 20 degrees offered online. Oregon State increasingly attracts high-achieving students, with nationally recognized programs in areas such as conservation biology, agricultural sciences, nuclear engineering, forestry, fisheries and wildlife management, community health, pharmacy and zoology.

Oregon State also ranks high in sustainability, fourth among universities nationwide for using renewable energy and first in the Pac-10 Conference. And our students literally help power the university: 22 exercise machines at Dixon Recreation Center are connected to the grid.