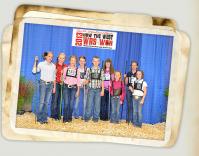 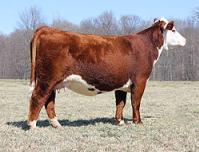 Established in 1890 by Clarence Sennett, Sennett Cattle Company is now a fourth generation highly diversified cattle and grain operation. Lance and Clark have vested their main interests within their cow/ calf operation which serves as the heart of their program. The Sennett family also operates a seed stock program, feeder cattle operation, feed-yard, and grain farming operation.

Family is the pillar in which Sennett farms sets on; each generation of the Sennett family has grown with their operation. Lance and his wife Margaret constitute the fourth generation of Sennett's to maintain their family's program. Their children Ellie, Emily, and Claire have all become a huge part of the success at Sennett farms as they actively exhibit their livestock nationwide.

Through hard work on their show heifers and steers, most of which are bred and owned, they have enjoyed numerous accolades. The care they put into their operation was rewarded in 2008, as the Sennett's were given the Environmental Stewardship Award.