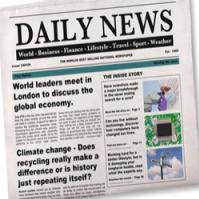 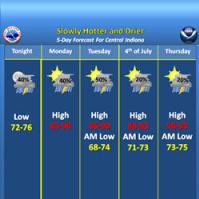 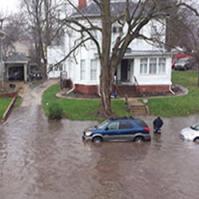 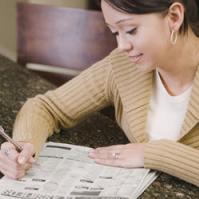 In April of 2004, a small group of four individuals began looking at a business plan for creating a daily newspaper that would be for, by and about the people, places, and events that make up Montgomery County. In a world that has seen newspaper circulation decline, and in a county where a daily and a weekly newspaper already existed, the plan was, to say the least, bold. Yet it had strong appeal to the four and out of those meetings was born The Paper of Montgomery County. Gail Hamilton, Dan Taylor, Barry Lewis and Tim Timmons then began going about the task of turning the plan into a reality.

They did not write a mission statement. As Tim said, mission statements are great things if you happen to own an acrylic plaque-making company. Other than that though, no one seems to ever be able to remember exactly what the mission is. But the mission for this new newspaper was straightforward and simple, yet very defining. The mission of this new daily newspaper was to be three things:
1. Local news (and "local" was defined as Montgomery County)
2. Community involvement
3. Legendary customer service

Three years later, that mission is still at the base of everything the company does. The group figured if they could create a newspaper and a company that could stay true to those three basic principles, they would have a reasonable chance of success. They also believed that there was a need and a hunger to once again have a locally owned and operated newspaper. After Ag Vance sold the Journal Review to Freedom Newspapers in the 1970s, the Journal was owned first by a California company and now by an Alabama company

Bringing the concept of local ownership, and more importantly, local responsibility, back into the media mix was something the group thought important. But three years ago, the small group had the task in front of them to create a daily newspaper.

The first question most people ask is "why?"

Perhaps Gail, a long-time newspaper editor and a figure known to literally thousands of people across the county, had the best answer: A good community needs a good newspaper, she said, repeating a phrase she had told countless young (and old) reporters over the years. Gail contended that this community needed a locally owned and locally operated newspaper and that's why she wanted to be a part of creating The Paper.