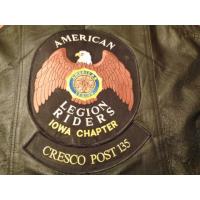 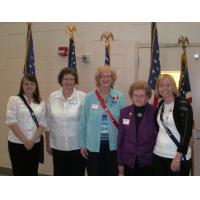 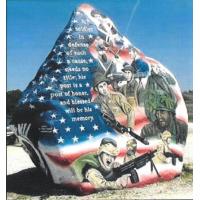 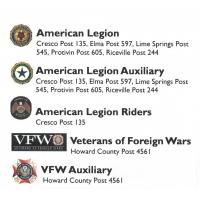 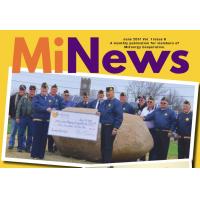 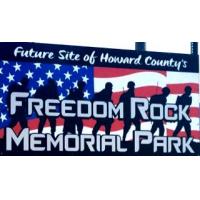 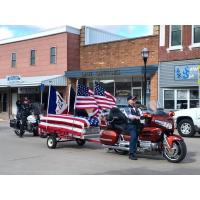 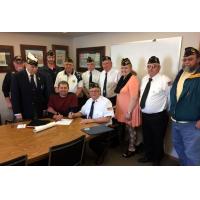 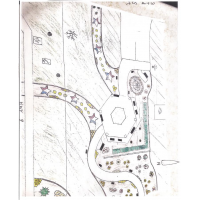 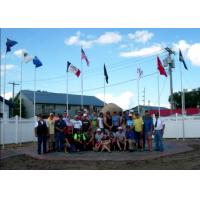 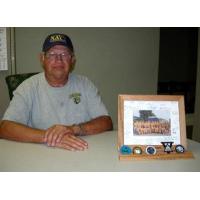 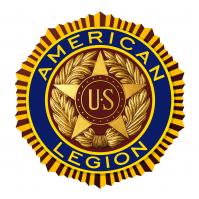 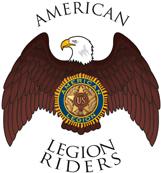 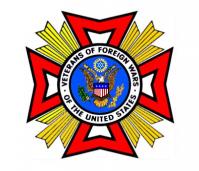 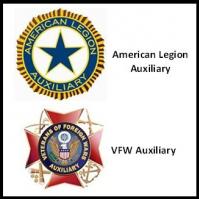 The American Legion was chartered and incorporated by Congress in 1919 as a patriotic veterans organization devoted to mutual helpfulness. It is the nation's largest wartime veterans service organization, committed to mentoring youth and sponsorship of wholesome programs in our communities, advocating patriotism and honor, promoting strong national security, and continued devotion to our fellow service members and veterans.
Learn about the Howard County Freedom Rock Memorial Park, Veterans Banquet, Escorting for Veteran Funerals, Color Guard, Laying of the Wreath, Memorial Day programs, and scholarship and programs for our local youth.

Currently, nearly 150,000 American Legion Riders meet in over a thousand chapters in every domestic department and in at least three foreign countries. Riders in Iowa have formed an honor guard called The Five Star Freedom Riders, and Riders in Mulvane, Kan., founded the Patriot Guard to protect the sanctity of military funerals from protesters. Riders in all states have escorted military units returning home from combat tours overseas, conducted massive cross-country fundraising events for wounded warriors from all services, and have raised millions of dollars for countless local, state and national charities.

The Veterans of Foreign Wars of the United States is a nonprofit veteran’s service organization comprised of eligible veterans and military service members from the active, guard and reserve forces.
We trace our roots back to 1899 when veterans of the Spanish-American War (1898) and the Philippine Insurrection (1899-1902) founded local organizations to secure rights and benefits for their service: Many arrived home wounded or sick. There was no medical care or veterans' pension for them, and they were left to care for themselves.
Our Mission: To foster camaraderie among United States veterans of overseas conflicts. To serve our veterans, the military and our communities. To advocate on behalf of all veterans.
Our Vision: Ensure that veterans are respected for their service, always receive their earned entitlements, and are recognized for the sacrifices they and their loved ones have made on behalf of this great country.

Founded in 1919, The American Legion Auxiliary has nearly 1 million members from all walks of life. The Auxiliary administers hundreds of volunteer programs, gives tens of thousands of hours to its communities and to veterans, and raises millions of dollars to support its own programs, as well as other worthwhile charities familiar to Americans. It is all accomplished with volunteers.
While originally organized to assist The American Legion, the Auxiliary has achieved its own unique identity while working side-by-side with the veterans who belong to The American Legion. Like the Legion, the Auxiliary's interests have broadened to encompass the entire community.

Established 1914, members of the Veterans of Foreign Wars of the United States Auxiliary set out to serve the veterans of this country and our communities in honor of the sacrifices and commitment of every man and woman who has served in uniform. The VFW Auxiliary is one of the nation's oldest veterans' service organizations and our members are the relatives of those who have served in overseas combat. We have nearly 470,000 members in more than 4,000 Auxiliaries nationwide who volunteer millions of hours and fund raise millions of dollars for charitable projects that benefit veterans, military service personnel and their families.
Through our National Programs, we assist the VFW pass or block legislation that impacts veterans and their families, provide nearly a million volunteer hours in the VA medical system, conduct patriotic programs with thousands of students and offer hundreds of thousands of dollars in scholarships for our nation's youth.

Proud Member of the Cresco Area Chamber of Commerce and we accept Cresco Chamber Dollars.