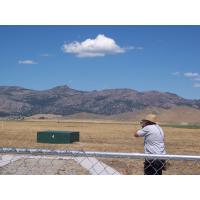 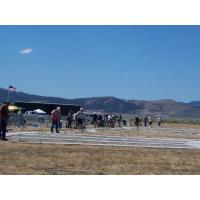 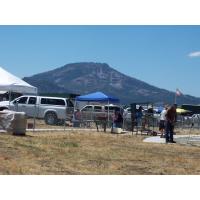 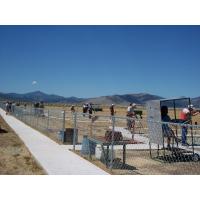 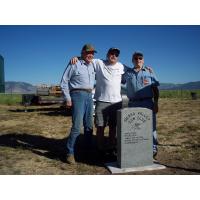 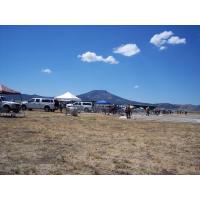 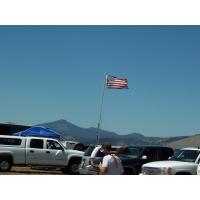 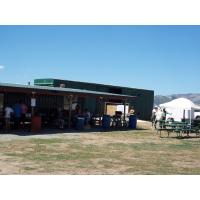 A Brief History of the NRA

Dismayed by the lack of marksmanship shown by their troops, Union veterans Col. William C. Church and Gen. George Wingate formed the National Rifle Association in 1871. The primary goal of the association would be to "promote and encourage rifle shooting on a scientific basis," according to a magazine editorial written by Church.

After being granted a charter by the state of New York on November 17, 1871, the NRA was founded. Civil War Gen. Ambrose Burnside, who was also the former governor of Rhode Island and a U.S. senator, became the fledgling NRA's first president.

An important facet of the NRA's creation was the development of a practice ground. In 1872, with financial help from New York State, a site on Long Island, the Creed Farm, was purchased for the purpose of building a rifle range. Named Creedmoor, the range opened a year later, and it was there that the first annual matches were held.

Political opposition to the promotion of marksmanship in New York forced the NRA to find a new home for its range. In 1892, Creedmoor was deeded back to the state and NRA's matches moved to Sea Girt, New Jersey.

The NRA's interest in promoting the shooting sports among America's youth began in 1903 when NRA Secretary Albert S. Jones urged the establishment of rifle clubs at all major colleges, universities and military academies. By 1906, NRA's youth program was in full swing with more than 200 boys competing in matches at Sea Girt that summer. Today, youth programs are still a cornerstone of the NRA, with more than one million youth participating in NRA shooting sports events and affiliated programs with groups such as 4-H, the Boy Scouts of America, the American Legion, U.S. Jaycees and others.

Due to the overwhelming growth of NRA's shooting programs, a new range was needed. Gen. Ammon B. Crichfield, adjutant general of Ohio, had begun construction of a new shooting facility on the shores of Lake Erie, 45 miles east of Toledo, Ohio. Camp Perry became the home of the annual National Matches, which have been the benchmark for excellence in marksmanship ever since. With nearly 6,000 people competing annually in pistol, smallbore and high-power events, the National Matches are one of the biggest sporting events held in the country today.

Through the association's magazine, The American Rifleman, members were kept abreast of new firearms bills, although the lag time in publishing often prevented the necessary information from going out quickly. In response to repeated attacks on the Second Amendment rights, NRA formed the Legislative Affairs Division in 1934. While NRA did not lobby directly at this time, it did mail out legislative facts and analyses to members, whereby they could take action on their own. In 1975, recognizing the critical need for political defense of the Second Amendment, NRA formed the Institute for Legislative Action, or ILA.

Meanwhile, the NRA continued its commitment to training, education and marksmanship. During World War II, the association offered its ranges to the government, developed training materials, encouraged members to serve as plant and home guard members, and developed training materials for industrial security. NRA members even reloaded ammunition for those guarding war plants. Incidentally, the NRA's call to help arm Britain in 1940 resulted in the collection of more than 7,000 firearms for Britain's defense against potential invasion by Germany (Britain had virtually disarmed itself with a series of gun-control laws enacted between World War I and World War II).

After the war, the NRA concentrated its efforts on another much-needed arena for education and training: the hunting community. In 1949, the NRA, in conjunction with the state of New York, established the first hunter education program. Hunter Education courses are now taught by state fish and game departments across the country and Canada and have helped make hunting one of the safest sports in existence. Due to increasing interest in hunting, NRA launched a new magazine in 1973, The American Hunter, dedicated solely to hunting issues year-round. NRA continues its leadership role in hunting today with the Youth Hunter Education Challenge (YHEC), a program that allows youngsters to build on the skills they learned in basic hunter education courses. YHECs are now held in 43 states and three Canadian provinces, involving an estimated 40,000 young hunters.

Law enforcement training was next on the priority list for program development. Although a special police school had been reinstated at Camp Perry in 1956, NRA became the only national trainer of law enforcement officers with the introduction of its NRA Police Firearms Instructor certification program in 1960. Today, there are more than 10,000 NRA-certified police and security firearms instructors. Additionally, top law enforcement shooters compete each year in eight different pistol and shotgun matches at the National Police Shooting Championships held in Jackson, Mississippi.

In civilian training, the NRA continues to be the leader in firearms education. Over 55,000 certified instructors now train about 750,000 gun owners a year. Courses are available in basic rifle, pistol, shotgun, muzzleloading firearms, personal protection, even ammunition reloading. Additionally, nearly 2,800 certified coaches are specially trained to work with young competitive shooters. Since the establishment of the lifesaving Eddie Eagle® GunSafe Program in 1988, more than 21 million pre-kindergarten to sixth grade children have learned that if they see a firearm in an unsupervised situation, they should "STOP. DON'T TOUCH. LEAVE THE AREA. TELL AN ADULT." Over the past seven years, Refuse To Be A Victim® seminars have helped more than 15,000 men and women develop their own personal safety plan using common sense strategies.

In 1990, NRA made a dramatic move to ensure that the financial support for firearms-related activities would be available now and for future generations. Establishing the NRA Foundation, a 501 (c) (3) tax-exempt organization, provided a means to raise millions of dollars to fund gun safety and educational projects of benefit to the general public. Contributions to the Foundation are tax-deductible and benefit a variety of American constituencies including youth, women, hunters, competitive shooters, gun collectors, law enforcement agents and persons with physical disabilities.

While widely recognized today as a major political force and as America's foremost defender of Second Amendment rights, the NRA has, since its inception, been the premier firearms education organization in the world. But our successes would not be possible without the tireless efforts and countless hours of service our nearly four million members have given to champion Second Amendment rights and support NRA programs. As former Clinton spokesman George Stephanopoulos said, "Let me make one small vote for the NRA. They're good citizens. They call their congressmen. They write. They vote. They contribute. And they get what they want over time."