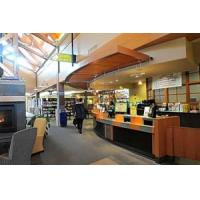 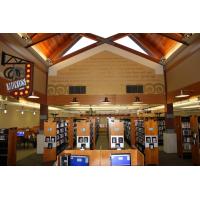 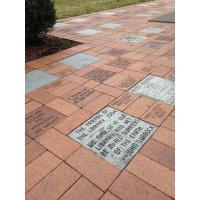 Library History
The 1972-73 directory for the Lewis & Clark Library System listed Glen Carbon as a stop for the Bookmobile.  This service started at the request of Mr. Hugh Foster, principal of the grade school.  In 1975, there was sufficient interest in the village for the formation of a Reading Center.  The Reading Center was located in the “Hex Building”, which was located in the Cottonwood area.  At the end of a one-year lease on the building, village officials moved the Reading Center to a room on the top floor of the village municipal building (a former school house).  The room was shared by the library and local museum.
Village library services have been a combination of paid help and volunteers.  Until 1982, all the library personnel were volunteers, at which time an individual was hired to operate the Reading Center.  From 1983 to 1988 there was a reading facility located at the “The Well” on Cottonwood Road, making Glen Carbon the only known Reading Room within the Lewis & Clark Library System having a “branch “.  The branch was completely staffed by volunteers.  There have been four Volunteer Directors of Library Services:  Rosalie Merritt, Mary Spencer, Carol Davison, and Jeanne Murphey.
In 1987 there was an unsuccessful referendum to establish a Glen Carbon Library District, so the Reading Room continued to operate as usual.  After the completion of a new municipal building in 1990, the Reading Center was able to move the adult book collection into a renovated room on the first floor.
A successful referendum in November of 1992 established a 15 mil village library tax and governance by an elected library board, consisting of seven trustees.  To expedite library services, village officials authorized the expenditure of $6,000 from the general fund for library purposes, as well as agreeing to improve the building with a new boiler heating system and the renovation of the vacated police department.
In 2002 village residents passed a 2.6 million dollar bond issue to build a new library.  After nearly two years of construction, the library opened its 14,000 square foot facility on October 4, 2004, located on Main Street adjacent to the town’s historic covered bridge.
Keeping Glen Carbon’s coal mining history in mind, lighting fixtures resembling coal mine lamps and other accents, such as exposed wood beams and rafters throughout the building incorporate this theme in a state-of-the-art facility.  The library features glassed-in study rooms, a community room, teen area, wireless access, computer workstations located throughout the building, and a floor to ceiling double-sided fireplace that greets visitors from the lobby and reflects the warmth and sophistication of the furnishing and finishes throughout the building.
The library was featured in the Spring 2006 ILA Reporter article highlighting innovative library buildings and was awarded the Bill & Melinda Gates Foundation and Library Journal’s Best Small Library in America 2010.