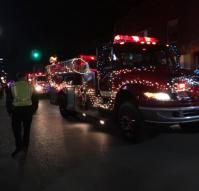 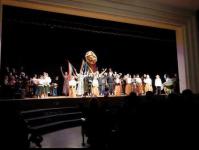 Earliest settlers of the area now known as the Town of Wawarsing were, of course, the Indians.  In this region of the Hudson Valley, they were the Esopus, a clan of the Lenni-Lenape.  The 1663 daily journal of Martin Cregier, a captain in the Dutch army, records a foray to the Indian fort at Wawarsing in an attempt to rescue settlers from Hurley who had been captured about a month earlier.  This was probably the white man's first visit to the Town of Wawarsing.

The land had passed from Indian possession by the early 1700s, either by purchase or by appropriation.  Geographic names reflect Indian and Dutch roots.  Wawarsing from "Wawarsinck", means "where the streams wind."

The area's greatest legendary hero emerged from the French and Indian War period.  Trapper Sam Gonsalus was setting his traps on the top of the mountain (Cragsmoor) when a small band of Indians came upon him.  He ran from them until he reached the end of the solid ground. at which point he leaped from a high cliff.

The Indians assumed that the fall must have killed him, but the branches of a fir tree had caught and sheltered Sam.  He lived to walk away.  The cliff from which he jumped has been called Sam's Point ever since.  The view from Sam's Point on a clear day is a beautiful reminder of his legend.