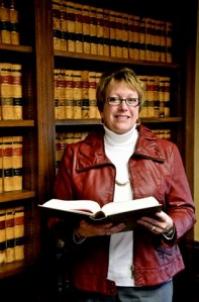 Foss, Kuiken, & Cochran, P.C. (FK&C) is a 31 year old “general practice” law firm located in the heart of Fairfield, Iowa within walking distance of the Jefferson County Courthouse. Founded in 1979, the professional corporation includes Craig Foss, Tim Kuiken, and Sarah Cochran. The partners believe it is our duty to give back to the community and as such, sit on numerous boards and support many worthy causes. Please select from the menu above to find out more about the firm and the services we provide to clients located in Fairfield, Southeastern Iowa and out of town clients with business dealings in Southeastern Iowa. Foss, Kuiken, & Cochran, P.C. (FK&C) consists of four attorneys and six staff members. We provide a full range of legal services including abstracts of title certified with the Iowa Title Guaranty Program. Craig Foss and Tim Kuiken formed the law firm of Foss and Kuiken which consisted of two attorneys and two legal secretaries. Craig Foss began his legal career in Fairfield in June, 1975 and Tim Kuiken began his legal career in Fairfield in August, 1976. In July, 1983 Myron Gookin, who has recently been appointed District Court Judge in the 8A Judicial District, returned to his home town to practice law and was recruited to join the firm. Then in January, 1986, two long-time Fairfield attorneys and natives, Scott Jordan and Dillon Turney merged their law practices with Foss, Kuiken and Gookin. Scott had practiced with his father, Arthur Jordan, who had started his own law practice in Fairfield years before. Dillon’s family was involved in a local industry known as the Turney Wagon Works. Both Dillon and Scott had practiced law in Fairfield for more than 40 years at the time of the mergers. In August, 1988 Sarah Cochran joined the firm. The final addition to the current team was Gary L. Cameron, who merged his practice into the firm in January, 2003.
Search Tags: Legal Services, Law, Lawyers, Law Firm, Iowa, Fairfield,Appellate Work,Criminal Law,Family Law,Mediation,Tax Law,Civil Litigation,Business Entities,Appellate Work,Banking,