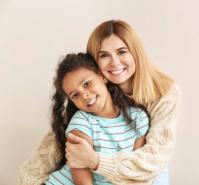 At the turn of the century our national leaders voiced a concern for the need to build a nation of character. While the nation was doing well economically, our younger generation was lacking the moral values needed to succeed in life.

Forever Kids began with the belief that every child should have a chance to live a successful life based on good character. The founders and a creative team developed a successful character program that went into schools, camps, churches, after-school and other programs to meet the challenge of building a nation of character.