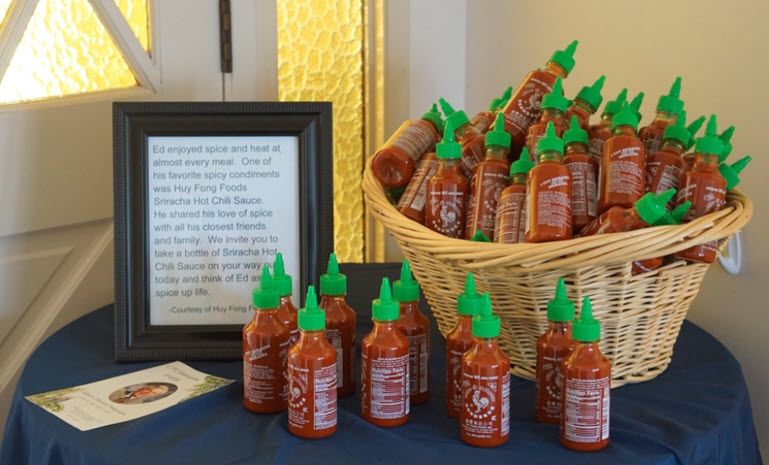 Hot sauce creator, David Tran, began his chili-making mastery in 1975 in Vietnam. During his humble beginnings, the unsurpassable genius produced his first hot sauce called Pepper Sa-te. He filled his Sa-te sauce in recycled glass baby food jars that then were sold and delivered by family members via bicycle. In 1979, his astounding voyage began by departing communist Vietnam on a Taiwanese freighter that was registered in Panama, named Huey Fong. Later that name became the inspiration namesake of his beloved company, Huy Fong Foods.

After the United States accepted Tran as a refugee when no other country would, he started right away doing what he did best -- making hot sauce. So in 1980, he started his chili legacy in a 5,000 sq foot building nestled near Chinatown in Los Angeles. His creations included his Pepper Sa-te Sauce, Sambal Oelek, Chili Garlic, Sambal Badjak, and Sriracha Hot Sauce.

He was quite content just to sell whatever he could produce each day and deliver them to Asian restaurants and markets in his blue Chevy van - often driving as far as San Francisco and even San Diego. Believe it or not, Tran actually hand-painted his first hot sauce logos onto that blue Chevy van himself! At that time, little did Tran realize his delectable sauces, particularly the iconic Sriracha Hot Sauce, made from just fresh jalapeño chili peppers, would spread like HOT wildfire...