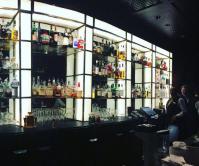 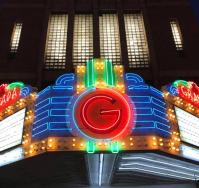 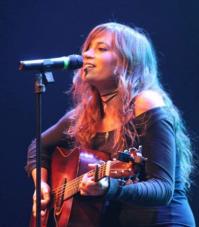 The theatre was built in the 1930s in downtown Mt. Vernon, Illinois. It is located at 108 north 9th Street near the Jefferson County courthouse. It sits on the Northeast side of the square.

The theatre was constructed with the idea that it would be able to host live performances as well as screen movies. It spent the majority of its life as a movie theatre. In the middle 1990s, the ownership of the theatre constructed a multi-screen building on the West side of Mt. Vernon. This was a common occurrence of the time.

The theatre then sat empty and unused for several years until a group of dedicated individuals formed ‘The Granada Center for the Performing Arts’, which was a 501(c)3 non-profit organization, to save the Granada and bring it back to life as it was originally intended. They were successful in restoring the building and creating a place for the community to gather and enjoy.

The Granada Center for the Performing arts decided to sell the theatre to Russell Brown on May the 1st of 2017.

The theatre will undergo a series of cosmetic and structural improvements. These improvements will take place over the summer, fall and winter of 2017.

Please feel free to check back with us on social media and follow along with our progress.