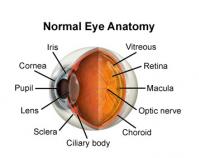 At Premier Eyecare you will find a caring team of professionals dedicated to providing high-quality personalized eye care for the whole family. We value our patient relationships and strive to improve your quality of life and vision wellness through uncompromised service and state-of-the-art technology. Drs. Brodmerkle, Harris, Poston, Sloan, and Thompson and their staff are a close-working team dedicated to meeting the vision care needs of the people of North Central Missouri.