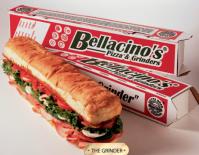 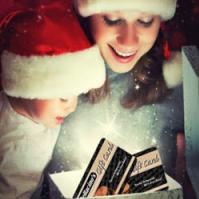 The term “grinder” can be traced back to the east coast, where during WWI, Italian immigrants set up sandwich shops close to the shipyards.  Their freshly baked Italian rolls were filled with generous amounts of meats and cheeses and were baked and garnished with lettuce and tomato. These super-sized sandwiches were a favorite of the hard-working men who ground off rivets on the old metal warships. The friendly shop owners referred to these men as “grinders” and their ever popular sandwiches also came to be known as “grinders”.

Joe’s father and mother, Samuel and Marion, opened a pizza shop in the 1950’s in St. Clair Shores, MI called “Sammy’s Pizza”. For the next three decades, the Mancino children would help in the restaurant on weekends and when they would come home from school. Sam retired and handed his legacy down to all of his children. All five Mancino children operate shops of their own today.

While working as a school principal in Hartford, Connecticut, Joe Mancino would visit his parents with his wife Sandra and his two daughters Kim and Jolie. The entire family would spend countless hours working in Sammy’s restaurant. Joe and Sandra gained valuable knowledge and experience working for Sammy and decided to try their luck in opening their own restaurant. They left Hartford and began investigating locations and looking for a place to lease in Michigan. A small place in Coldwater, MI was found, and the restaurant was built and operated as a carry-out the only store.