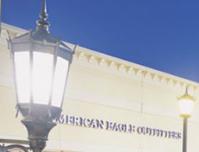 Founded in 1952 by Aaron Aronov, Aronov Realty is one of the oldest real estate development and management firms in the United States and is the largest privately held, full-service real estate company in the Southeast.

In response to the unprecedented demand for housing after World War II, Aronov Realty initially focused on apartment development and subdivision development of single-family homes. The company soon added residential and commercial brokerage services. In recognition that new suburban residential growth patterns would shift the location of shopping and office facilities, planning began for a 700-acre mixed-use development in Montgomery, Alabama, which included the second largest planned shopping center in the Southeast, single and multi-family housing, offices, recreational facilities, and places of worship. The types of real estate developed and operated as part of this visionary project have since been the backbone of the company's development and management activities.

At its completion in 1954, Aronov's first shopping center, Normandale Mall, was recognized as an outstanding example of tenant mix and financial viability. This initial retail project has been followed by many additional development and management successes. In addition to shopping centers the Aronov portfolio contains a variety of multi-family properties, including garden apartments, high-rise condominiums and vacation homes. It has developed and managed more than 12,000 multi-family units. And as part of its community development efforts, the company has successfully marketed 31,000 single-family home sites. Other developments and investments include motels, office buildings, and warehouse facilities. Now led by Jake and Owen Aronov, the company acquires, develops, and manages a wide variety of shopping centers - from enclosed malls with exciting collections of major stores and national, regional and local shops to community and specialty centers. The company prides itself in its responsive service to America's most successful retailers.

Throughout its history, the company and its employees have contributed meaningfully to their industry through trade associations and to their communities through extensive involvement in cultural and civic affairs. Aaron Aronov was a founding member of the International Council of Shopping Centers (ICSC) and a member of its first Board of Trustees. He also served as ICSC President. Owen Aronov is a past ICSC trustee and Southeast Regional Vice President.

Aronov's growth - both in the development and management of properties - has been aggressive, yet careful, combining the wisdom gained from its history with innovative ideas to meet current and future challenges. Each opportunity is weighed to ensure that it parallels the company's skills and capabilities, whether developing or managing wholly-owned properties or for others. The company's experience has not only fine-tuned its development and management expertise but has also resulted in relationships, resources, and systems which generate exciting opportunities for asset enhancement and future growth for the company and its clients.