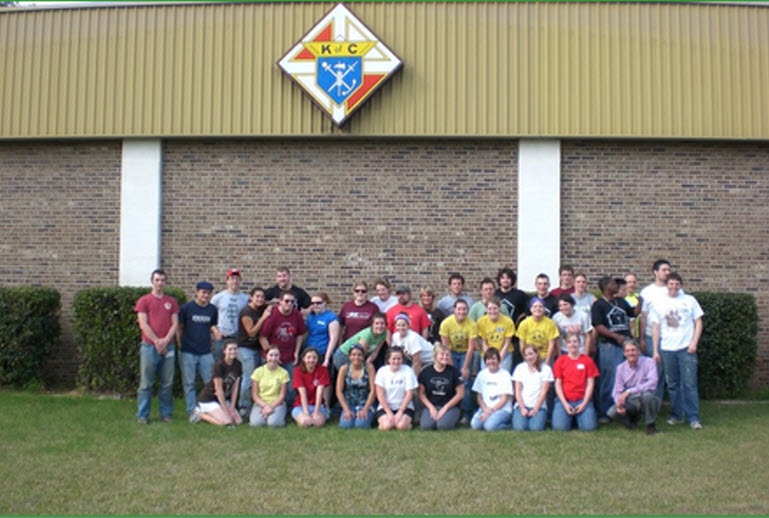 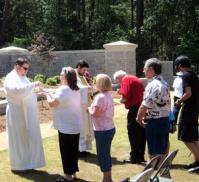 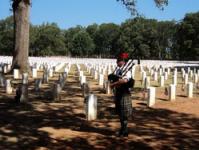 he Knights of Columbus is the world's largest Catholic fraternal service organization. Founded in the United States in 1882, it is named in honor of Christopher Columbus.

There are more than 1.8 million members in 15,000 councils, with nearly 200 councils on college campuses. Membership is limited to "practical Catholic" men aged 18 or older.

Councils have been chartered in the United States, Canada, Mexico, the Caribbean, Guatemala, Panama, Dominican Republic, the Philippines, Guam, Spain, Japan, Cuba, and most recently in Poland. The Knights' official junior organization, the Columbian Squires, has over 5,000 Circles. All the Order's ceremonials and business meetings are restricted to members, though all other events are open to the public. A promise not to reveal any details of the ceremonials except to an equally qualified Knight is required to ensure their impact and meaning for new members; an additional clause subordinates the promise to that Knight's civil and religious duties.

In the 2010 fraternal year, the Order gave over US$154 million directly to charity (over $1.406 billion in charitable contributions and 653 million man hours in the last 10 years) and performed over 70 million man-hours of voluntary service. Over 413,000 pints of blood were donated. For their support for the Church and local communities, as well as for their philanthropic efforts, the Order often refers to itself as the "strong right arm of the Church".The Order's insurance program has more than $80 billion of life insurance policies in force, backed up by $15.5 billion in assets, and holds the highest insurance ratings given by A. M. Best and the Insurance Marketplace Standards Association., though Standard & Poor's downgraded the program to AA+ in August 2011.