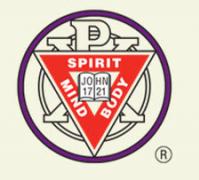 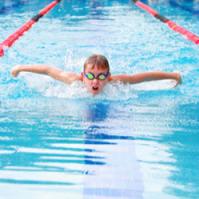 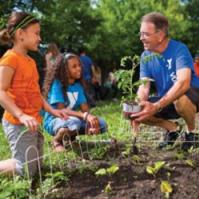 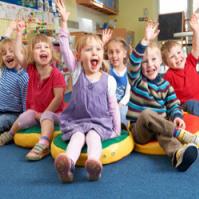 Our Mission
To put Judeo-Christian principles into practice through programs that build a healthy spirit, mind, and body for all.

Vision 2010
Our vision is to serve the San Antonio community through programs and services in the most effective way. Vision 2010 is a strategic plan that will provide quality services for all through Membership Development, Program Enhancement, Financial Development, Image Development and Capital Development.

History
The YMCA of Greater San Antonio was founded in 1876, 32 years after the first YMCA was founded in London England. During this time, cowboys, railroad employees, young men, and boys moved from the suburbs into the city to find employment. Without owning our own building, volunteers began providing food, lodging, reading rooms and activities in borrowed facilities around town. In 1907, volunteers were able to raise enough money to build our first facility on North Alamo and Third Street. The services provided were an outlet for the young men and allowed them to participate in bible studies, physical activity, and educational classes.

In World War I, the YMCA brought field services, food, first aid supplies and blankets to soldiers and their families throughout South Texas. By 1918, the YMCA was offering San Antonio’s first swim lessons, organized High School Clubs (Hi-Y), and reached out to African American and Mexican American youth in the community. These programs led to the building of the first full facility YMCAs, Davis Scott in 1944 and Westside YMCA in 1949.

In 1927, Camp Flaming Arrow was purchased, again with funds raised by volunteers. This camp in the Hill Country provided young boys “healthful recreation without temptation, the gratification of the natural desire for a free and easy life outdoors, together with the cultivation of many Christian characters” (Sumner Dudley, 1885). By the 1960s, the Northwest and Northeast branches were built to offer expanded programs in swimming, team sports, day camps, drug abuse prevention and teen leadership. In 1971, the Downtown YMCA opened its first location at 903 N. St. Mary’s. Through the 1970s and 80s, YMCA programs were developed to help at-risk youth stay out of trouble and learn new skills. In the early 80s, women were allowed to participate in health and wellness programs at the Downtown branch. The Southwestern Bell branch was opened where early child development, after-school child care, and bilingual pre-kindergarten were introduced, leading to the development of campus-based student enrichment programs and youth sports. Texas’ first teen parent-child care was developed at the YMCA.

In 2003, with the leadership of the new President/CEO Baron Herdelin-Doherty, the Vision 2010 plan was set in motion. This plan, developed by the Association Board, task forces, local board members and staff, was designed to focus on Membership Development, Program Enhancement, Financial Development, Image Development and Capital Development.

In 2004, the first improvement came in the form of a balanced operating budget. This allowed us to begin working on the four remaining components of the Vision 2010 plan. The Boerne Family YMCA was the first facility to be built in San Antonio in over 30 years. The doors opened in January 2006. Later that year, the New Braunfels YMCA was opened, by remodeling the McKenna Health Club. Also, the roads, pool, cabins, showers and the camp directors house were renovated at Camp Flaming Arrow.

The Mays Family YMCA, originally a sports location, opened its new Wellness Center, in January of 2007. In January of the following year, the new Braundera Family YMCA Wellness Facility was opened in O.P. Schnabel Park. Seven months later, the family outdoor aquatics park, spray park and pool were opened there as well. The Davis-Scott Family YMCA underwent a full renovation and reopened in June 2008.

The D.R. Semmes Family YMCA was relocated to its new facility, in

2010, so far, has proven to be a busy year. The YMCA assumed the responsibility of two full-day Preschools (Labor Street and Stablewood) from Positive Beginnings, Inc. The new Schertz Family YMCA opened in March, in a facility built and supported by the city of Schertz. In June, construction began on our next addition, the Walzem Family YMCA that is scheduled to open in January 2011. In July 2010, we will provide full-day child care and afterschool programs at Haven for Hope - a private non-profit aimed at transforming the lives of homeless men, women, and children in the San Antonio/Bexar County area.