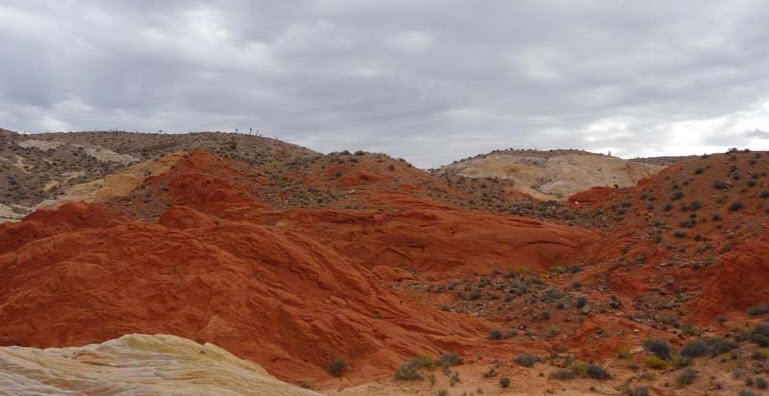 Office hours are 10 AM-4 PM, Monday-Friday, but we are happy to explore Gold Butte with you anytime. Just give us a call. 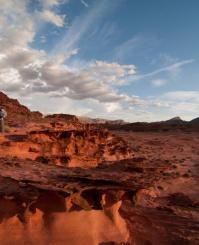 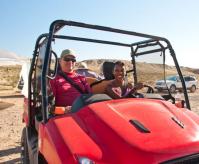 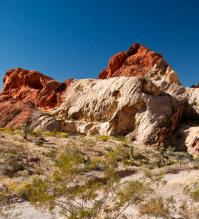 Gold Butte is located between the Grand Canyon Parashant National Monument, Arizona, and Lake Mead National Recreation Area, just south of the City of Mesquite. It is named for the historic mining town and tent city of 1,000 miners in the early 1900’s. The town of Gold Butte, long abandoned, now attracts visitors interested in early pioneer history, ranching and ghost towns.

Gold Butte is much more than remnants of early mining. It is 360,000 acres of rugged mountains, Joshua tree and Mojave yucca forests, outcroppings of sandstone, and braided washes that turn into slot canyons. The highest peak in the Virgin Mountain Range boasts stands of towering ponderosa pine and white fir, while the lower mountain levels such as Billy Goat Peak are “pygmy forests” of pinion and juniper. Maps point to places such as “Hells Kitchen”, “Rattlesnake Peak” and “Paradise Valley” that intrigue the imagination and call to adventurers.

The Mojave Desert is a harsh place to make home, but Gold Butte is abundant with wildlife. Big horn sheep roam from the Virgin Mountains south to the Hiller Mountains along the curves of the Colorado River. Kit fox and coyotes keep the kangaroo mice populations in check as a golden eagle soars above hoping for a desert cottontail or jack rabbit for lunch. Cactus wrens build their nest among the spiny stems of the cholla cactus as the black-throated sparrow darts about the creosote with its bell like song. The desert is not lacking of reptiles such as the venomous Mojave Green rattlesnake, the Gila monster, and the elusive desert tortoise.

Native Americans have depended on this area for sustenance, medicine gathering, and spiritual use for thousands of years. Rock art fills the sandstone areas with stories not yet understood. Rock shelters, large roasting pits, and middens of charcoal, pieces of pottery, and discarded stone tools are left through out the desert as if waiting to be revisited.

Soon the pioneers began to discover the west and used the area for cattle ranching and mining. In the depression era, the Civilian Conservation Corps worked on ranching improvements and flooding projects. Many areas, such as Whitney Pockets, have been used by Native Americans and pioneers. Today it is filled with campers, RVer’s, and OHVers seeking recreation.

Gold Butte has much to offer visitors such as hiking, birdwatching, and hunting. Other visitors enjoy the wildlife studies, the Backcountry Byway, and a series of designated 4×4 routes. But as busy as Gold Butte is, the area has no facilities to accommodate visitors. There is neither interpretation and education of cultural and historic resources nor posted management rules and regulations, nor even sufficient law enforcement. Consequently, citizens have come together and formed an advocacy committee, Friends of Gold Butte whose mission is to promote the responsible enjoyment of Gold Butte through education, stewardship, advocacy, and preservation of natural and cultural resources.