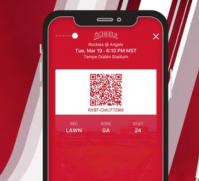 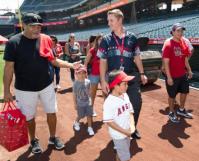 Renovations to Anaheim Stadium began Oct. 1, 1996, reverting the 30-year old structure back to a baseball-only facility. On Sept. 15, 1997, the renovated stadium's new name was announced: Edison International Field of Anaheim. On Dec. 29, 2003, the Angels announced the stadium would be renamed Angel Stadium of Anaheim. Total cost for the stadium renovation was estimated at $100 million and the project was completed in time for the Anaheim Angels Opening Day, April 1, 1998.

Anaheim Stadium had been the home of the Angels since their move from Los Angeles following the 1965 season. The stadium opened April 9, 1966, as the California Angels hosted the San Francisco Giants in an exhibition game. The franchise's first American League game was April 19, 1966 vs. the Chicago White Sox. The Los Angeles Angels played at Wrigley Field in 1961 and Chavez Ravine from 1962-65.