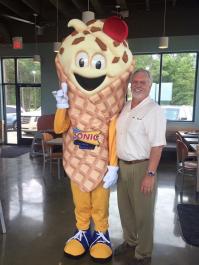 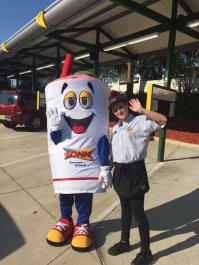 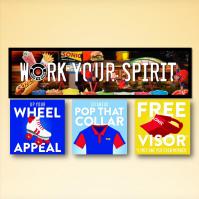 The MVP SONIC GROUP story begins with the story of Ronald “Buddy” McClain, the CEO of our franchise group.

Buddy McClain started at SONIC as a cook. He soon worked upward through the ranks gaining valuable management and operational experience. At the age of 22, McClain became the owner-operator of the SONIC in Selma, Ala., in 1978, his first store in which he had an ownership stake. This was the beginning of McClain building the foundation for what is now known as MVP SONIC GROUP.

He bought the development rights for the Jackson, Miss., market with his childhood friend, Bruce Vaughn, now his business partner. Since first grade McClain and Vaughn had been friends and with this common background, came a similar perspective on the SONIC business.

Their philosophy was to build the SONIC restaurants close to home to keep a close eye on their growing business. Within 10 years McClain and Vaughn had 12 SONIC Drive-Ins all within one hour’s driving distance.