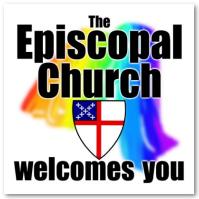 St. John’s Episcopal Church of Monroeville has roots that go back to Claiborne and Perdue Hill. The following describes the formation of the Episcopal church in Monroe County. In 1858 Mrs. John C. Arthur visited Cahaba, and while there she met Bishop Nicholas Hamner Cobbs. Mrs. Arthur was desirous of becoming a member of the Episcopal church and having her children baptized in that faith. She requested Bishop Cobbs to visit Claiborne, and in December of that year he and the Rev. George F. Cushman, rector of St. Luke’s Episcopal Church, Cahaba, began holding services in the Methodist church at Claiborne. During these services, St. James Church was organized. The name of the church was suggested by Mary A. Torrey who belonged to an Episcopal church by that name in Virginia. St. James was admitted to the Diocesan Convention May 5, 1859. The original and only place of worship was the Masonic Hall. During Reconstruction days following the Civil War, Claiborne began to decline and by 1872 was almost completely deserted. In 1872, the St. James Parish of Claiborne became defunct and several of the members moved to Perdue Hill, two miles away. The Masonic Hall was also moved to this location. For a period of approximately 20 years only occasional services were conducted here. In 1893, the mission was established by the Rev. John Gardner Murray. In 1895, a new building was erected. The architectural style was in the Gothic tradition. Church become inactive

Over a span of several years the membership of St. James Church at Perdue Hill diminished, and it became expedient for the church to become inactive. The church building was dismantled in the 1940s. In 1923, a group of seven ladies, who were members of St. James, are credited with the idea of forming an Episcopal church in Monroeville. These ladies met in the home of Mrs. Charles Richard Crook to organize St. John’s Guild with a goal of purchasing a church lot. Those present were Mrs. Crook, Mrs. Nora C. Hybart, Mrs. J.D. Ratcliffe, Mrs R.H. Schneider, Mrs. Sam Forwood, Mrs. Ed Clapp and Mrs. John Hope Moore Jr. The motto, “United We Stand, Divided We Fall,” helped keep the group steadfast in their money-raising efforts. At a county-wide fair in 1924, the Episcopal ladies operated a concession booth, selling sandwiches, oysters, coffee and handmade articles. A total of $300 was collected. Other fund-raising activities included: sample sale, silver teas, making down comforts, quilts and tufted bedspreads for sale. On Saturdays, the ladies made chicken salad sandwiches and sold them to a drugstore for 8 cents each. Miniature aprons were made and sent to friends asking them to give 1 cent for each year of their age. Their hard work paid off in 1926 when they purchased the lot from the late Judge M.M. Fountain for $1,035. In less than two years the lot was paid for.

A building for a church school was the next step. Prior to this time, the Presbyterian Church which was next door to the church’s lot was used whenever a minister was available for services. In 1927 building began on the guild hall. Plans were to add church buildings later. Running short of funds to complete the building, the group made an application to the American Church Building Fund Commission for a $600 loan, being the only indebtedness. The guild hall or parish house became the center of a regular schedule of services when St. John’s became a mission station. St. John’s Church steadily grew and with the help of a committee consisting of Mrs. William Lovett Jr., chairman; Mr. Claude Swift, Mrs. Doy McCall and Mrs. Richard Farish, plans were made to enlarge the existing facility. In 1961 a new entrance facing North Mt. Pleasant Street was added. Other additions included two new church school classrooms and a restroom. Landscaping and a walkway were also added to the front. At this time E.G. Michaels II was senior warden and Claude Swift was junior warden. There were four church school classes and a ladies’ guild.

A need to expand After several years of consideration, it was decided that St. John’s Episcopal Church needed more room for expansion. The vestry purchased the new 5-acre plot in 1977, and the church was moved on a trailer to its new location on Whetstone Street where it is located today. On Aug. 28, 1977, The Right Reverend George Murray, Bishop of the Diocese of the Central Gulf Coast, presided over the new land. Fortunately, St. John’s had among its members a well-known architect, Gordon Elliott, who was asked to draw the plans for the new church building to be added to the original structure which would become the parish house. The present simple and beautiful building, begun in 1979, was constructed according to the plans of Mr. Elliott As well as being an architect, Mr. Elliott was an artist in stained glass. The inspiring window in the chapel was made by him for the first church building on North Mt. Pleasant and was moved to the new chapel. The window is now located in the Marie McCall Education wing. He also made all of the symbolic shields which are in the church windows.

On September 20, 1981, The Right Reverend Charles Duvall dedicated and blessed the new St. John’s Episcopal Church. This Bishop also accepted and blessed the following memorials given to the church: The Altar Windows, in memory of Jack Hines Farish, given by his family and friends. Priest who have served St. John’s are: Paul Engel of Carlowville, Eugene Clark of Tennessee, Joseph Walker of Atmore, Edgar Van W. Edwards, George C. Merkel, Henry L. Heath, John R. Lodge, Thomas A. Powell, Charles Mabry and Robert Seawell. St. John’s is growing Many signs of the growth can be seen at St. John’s, Monroeville. A library, dedicated to Lilian Long, has been created in the front of the Parish Hall. Other signs of the growth can be seen in the recently expanded kitchen, and the construction of an education wing which included much-needed nursery space. Renovation has also been done on the office area to include a work room and a secretarial space. On the west side of the church, a playground for the children and a cemetery have been added. The church has also acquired the land on the east side of the church which came with a house. The senior high and junior youth groups use the house for weekly meetings. Sunday school classes are also held in the house. In the summer of 1998, St. John’s hired its first full-time youth minister, Stuart Shelby, who ministered to the youth of St. John’s. The church has an active E.C.W., choir, family ministry program and altar guild. St. John’s has grown from 60 communicants in 1980 to 173 in 1998 in a city of 7,500 people. The people of St. John’s are widely involved in civic and business affairs as well as in volunteer organizations.
Search Tags: anglican, anglican church, bible church, catholic church, catholic churches, christ church, christ church episcopal, christ episcopal church, christian church, church, church christ, churches, community church, episcopal, episcopal christ church, episcopal church, episcopal churches, episcopal school, grace church, lutheran church, methodist church, paul church, presbyterian church, school church, the episcopal church,