John Wayne Pioneer Wagons and Riders - 2018
High Mountain Riders members Dorothy Edwards and Donnal Nichols, along with Jewdy Lambert and her sister Jerri Kehoe, joined the John Wayne Pioneer Wagons and Riders for their 37th annual cross-state ride/drive on the Palouse to Cascades State Park Trail in Washington.  The rail trail follows the old Milwaukee Railroad bed, purchased by the state in the 1980's. Jewdy and Jerri, driving Jewdy's Haflinger horse Ziggy, did the entire trip of over 200 miles and 18 days, beginning with the misty forests and snow-capped volcanoes of the Cascade Range and moving on to the wheat fields and sage-covered scablands of Central Washington.  Dorothy and Donnal, with Dorothy's Friesian gelding Isaac, joined the group in the town of Warden and continued on for eighty more miles of trail, past craggy columnar basalt outcroppings, cowboys herding cattle, swans swimming on a pond, and a wonderful variety of wildflowers and song birds.  At one point the group of wagons and riders descended into a basalt canyon, where they saw the old stage road and Hole in the Ground, a cave where robbers used to hide out.  The section of trail leading into the Palouse was especially beautiful, with pine trees, wild roses, picturesque bridges over rivers, and a big waterfall. The group travels from 11 to 25 miles each day and sets up camp in or near small towns along the route.  Each town looks forward to the arrival of 60 to 100 guests, and plans fundraiser dinners, breakfasts, and yard sales, as well as offering showers, laundry facilities and feed stores. As wagon master Tom Short said, "This is the best way to see the state of Washington!" 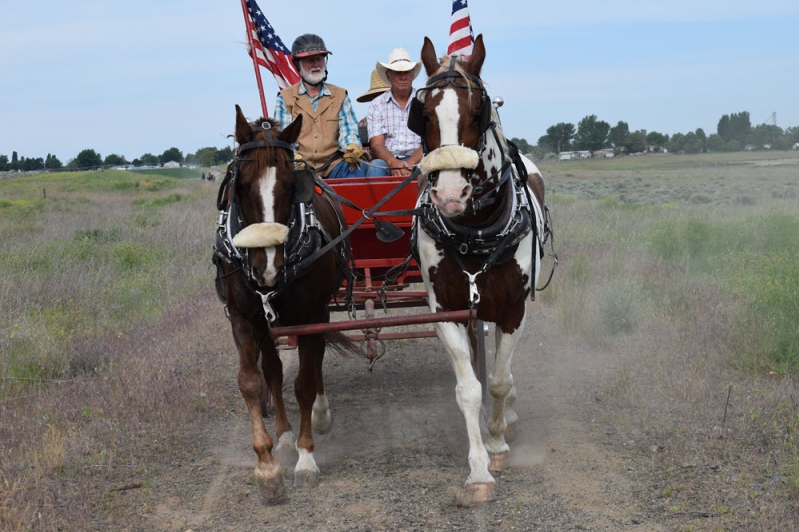 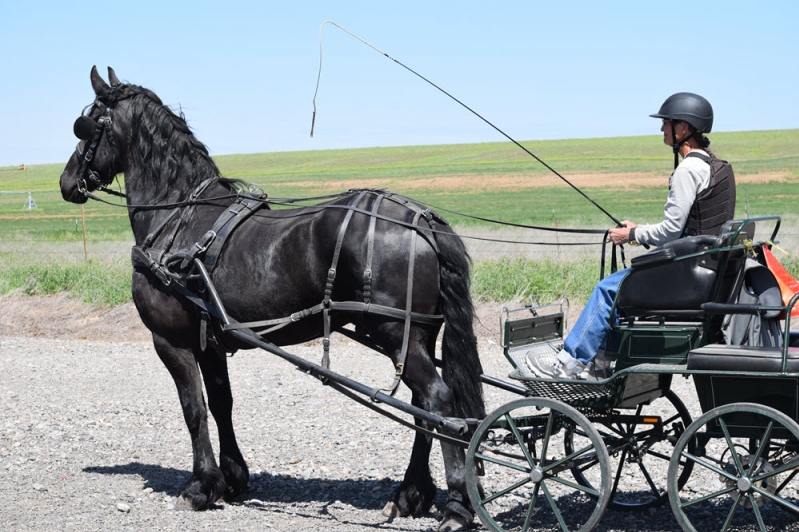 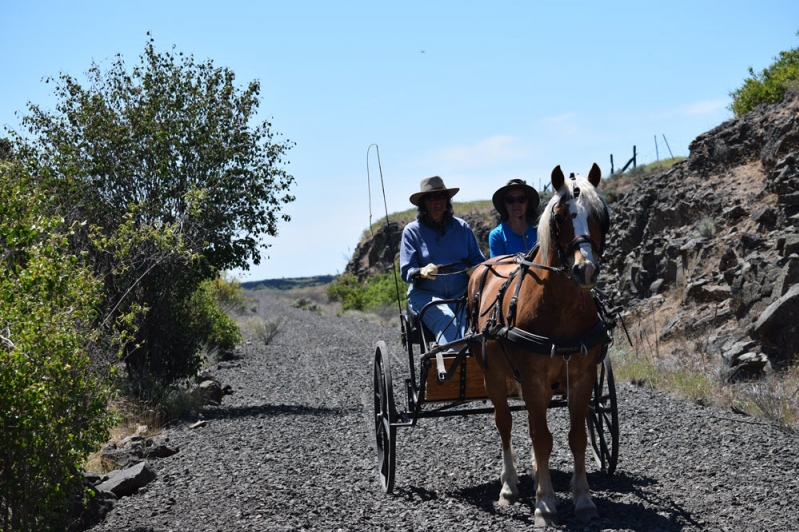 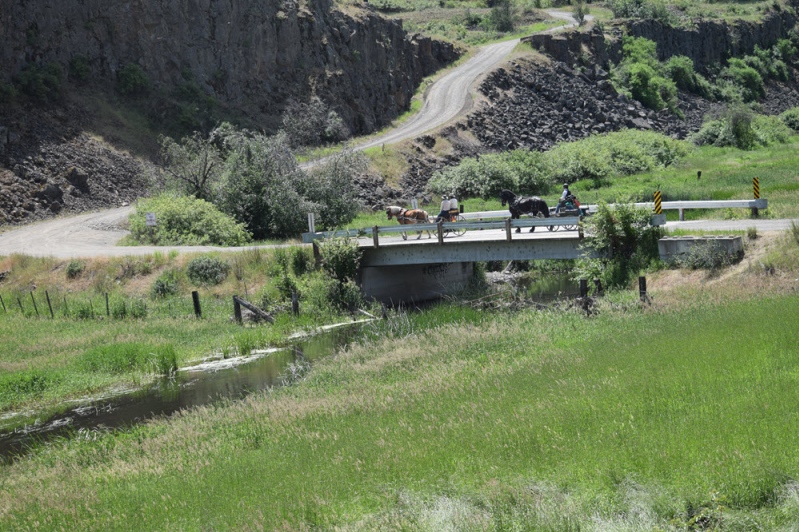 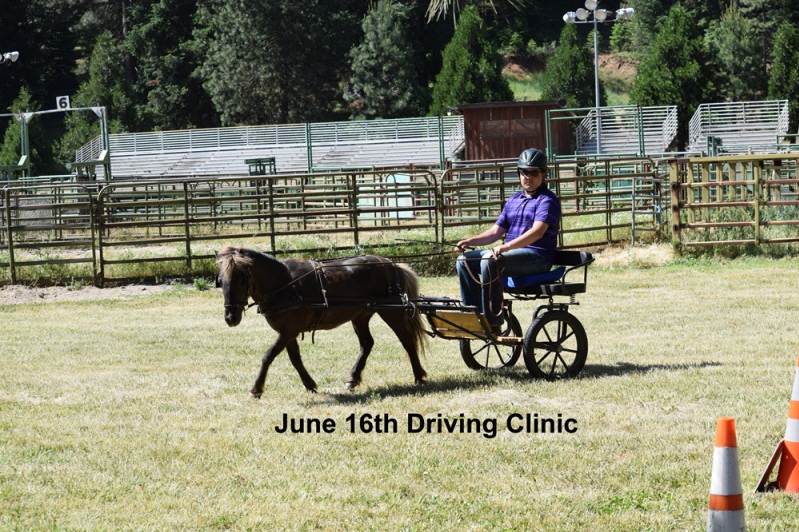 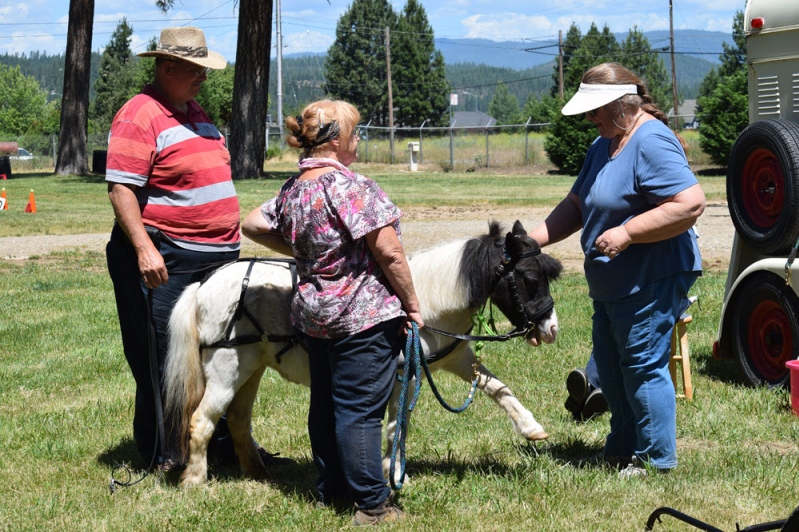 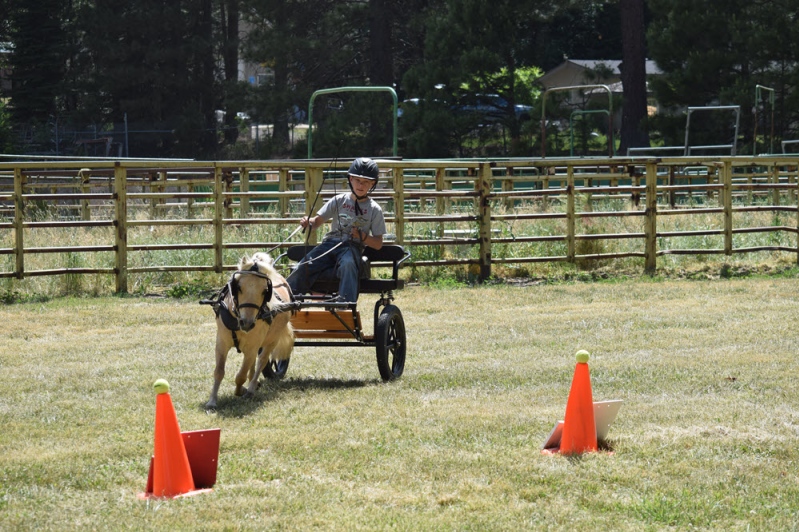 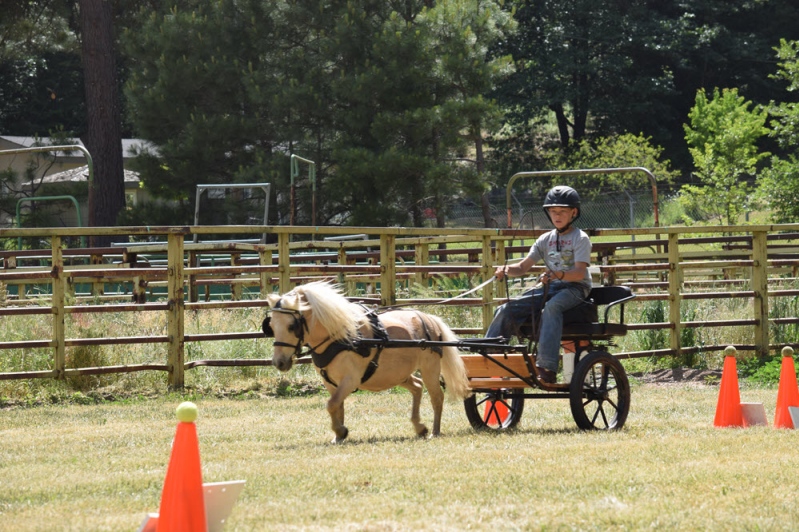 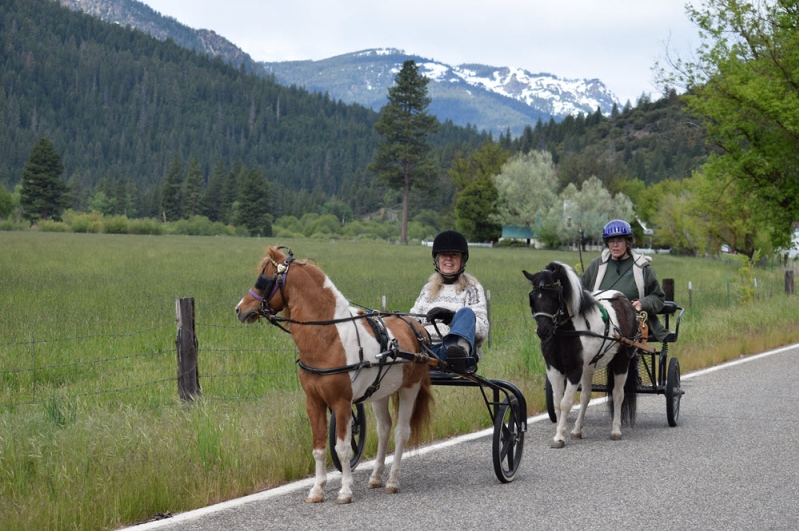 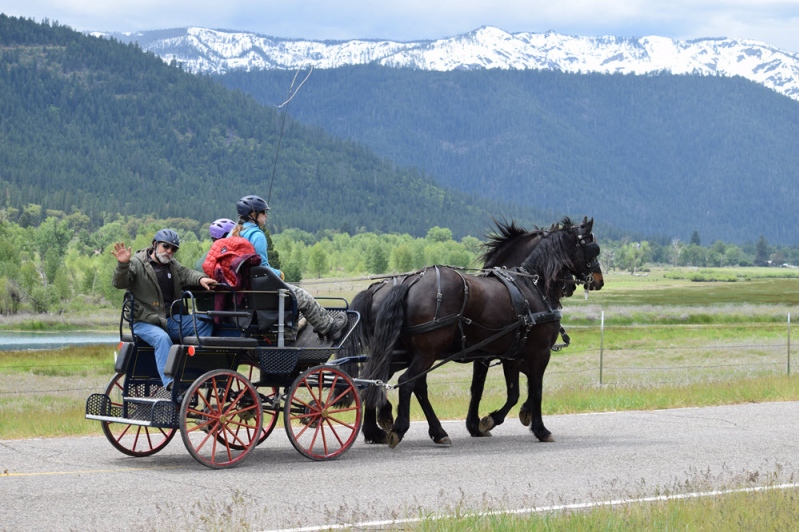 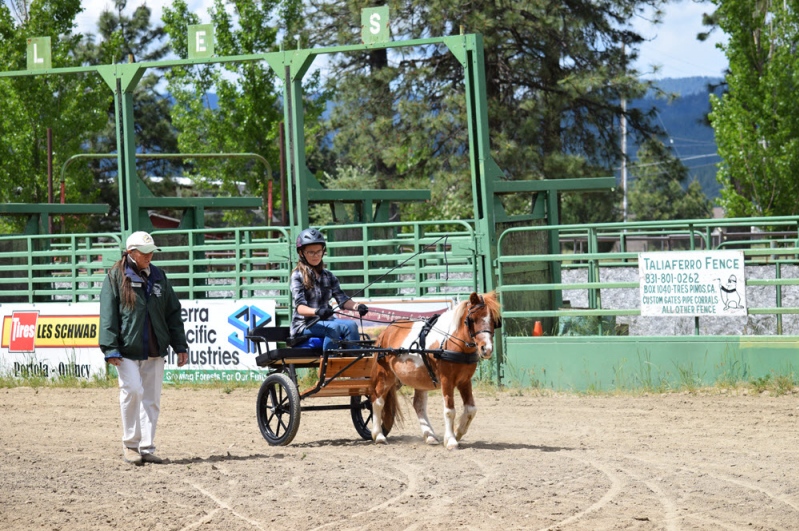 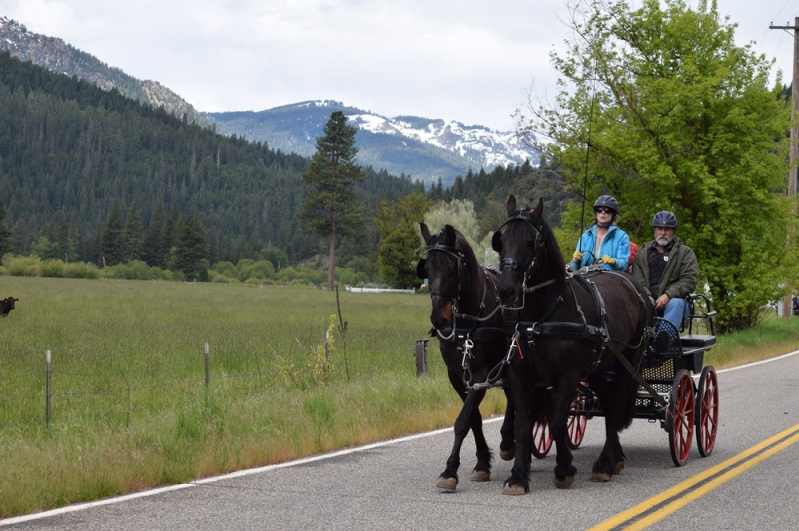 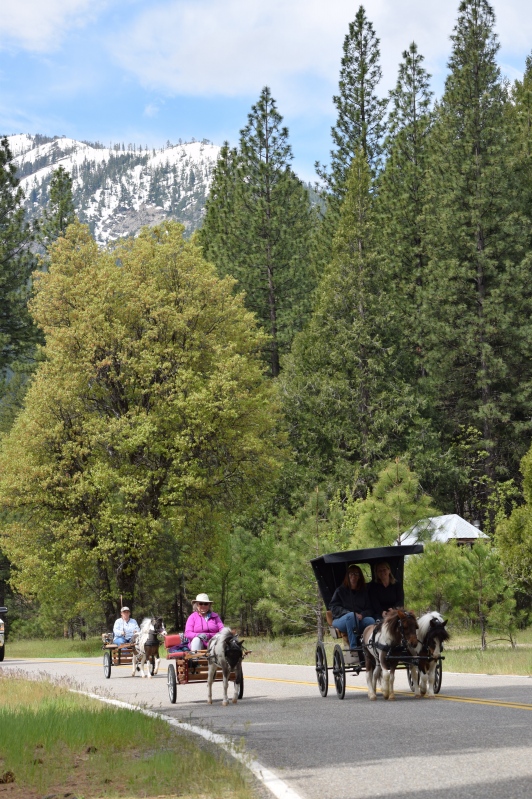 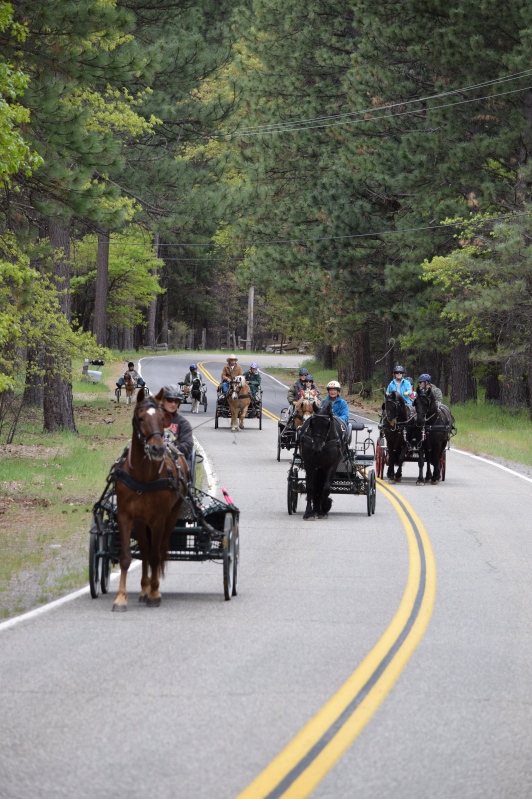 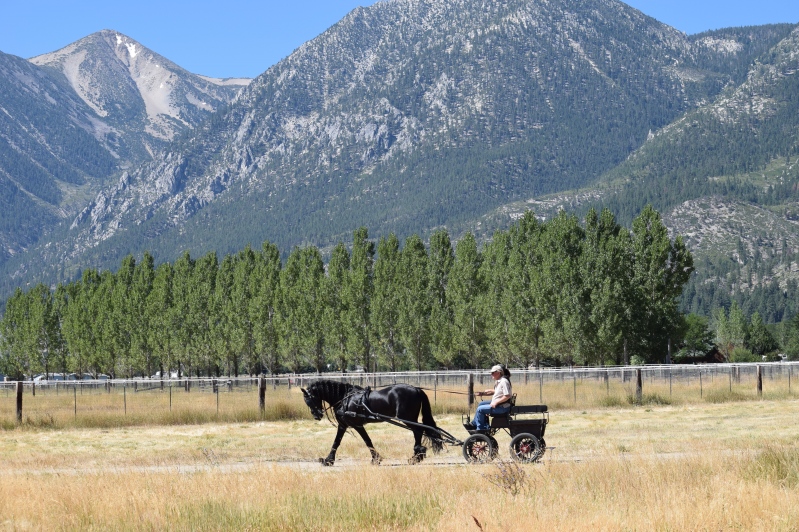 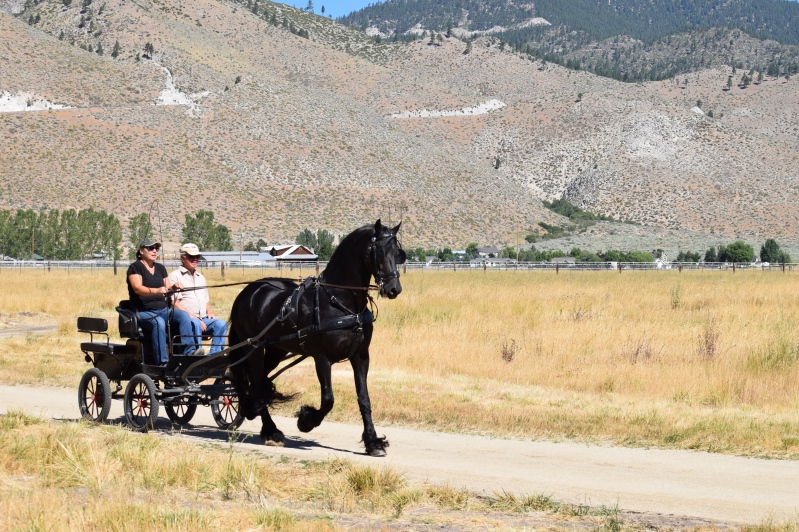 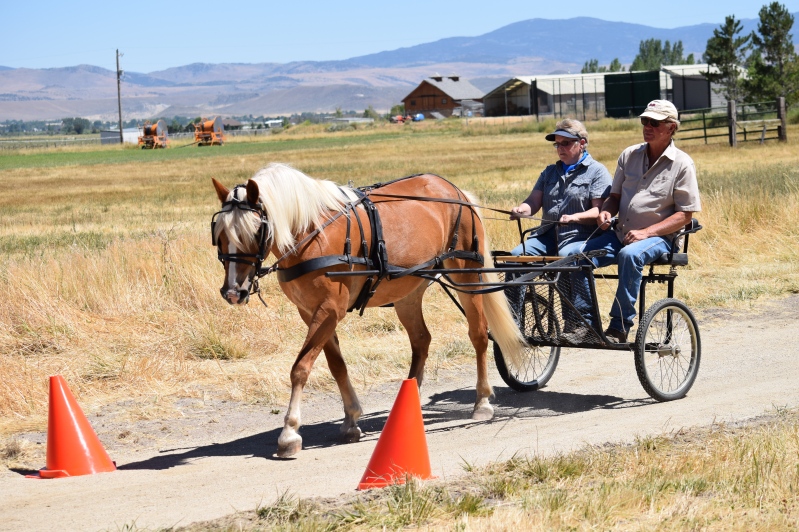 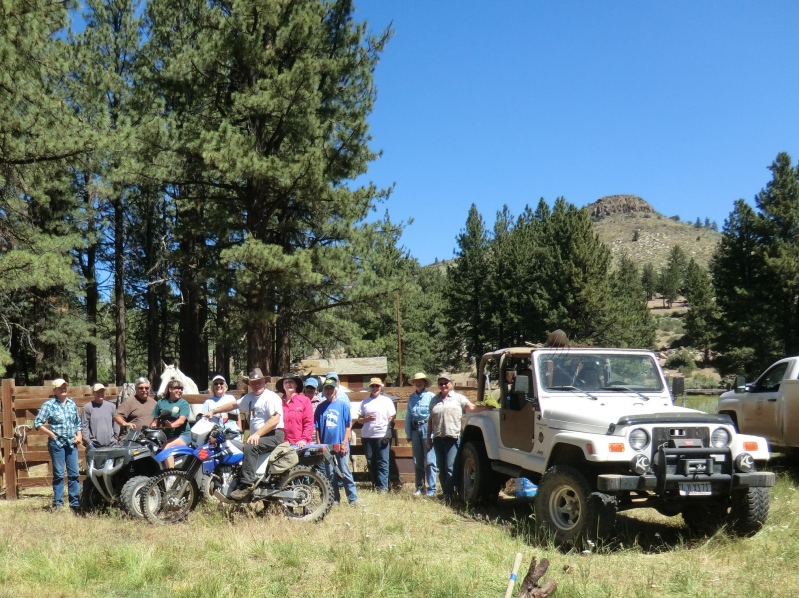 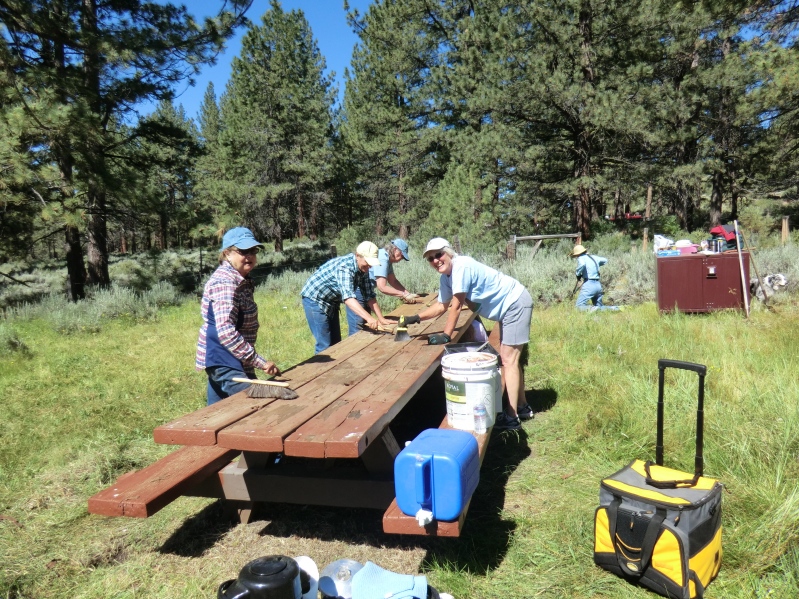 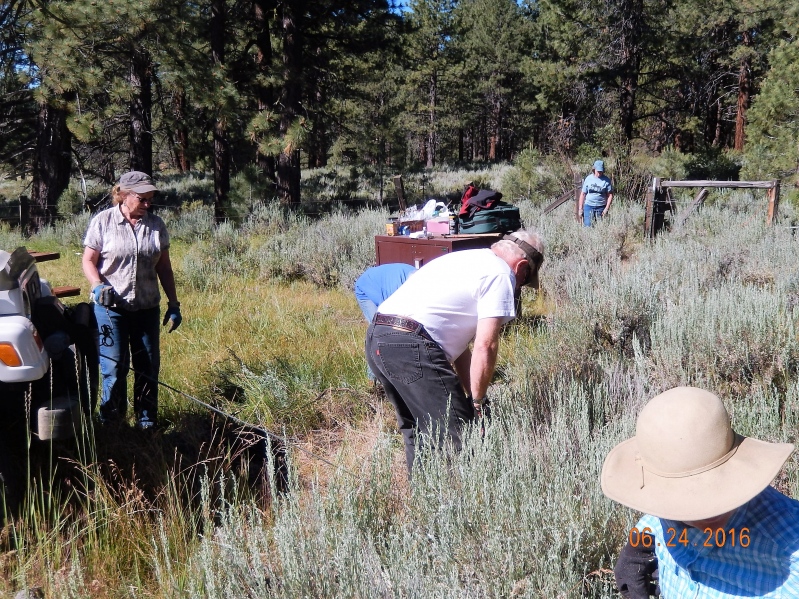 Clearing around the bear box for fire safety 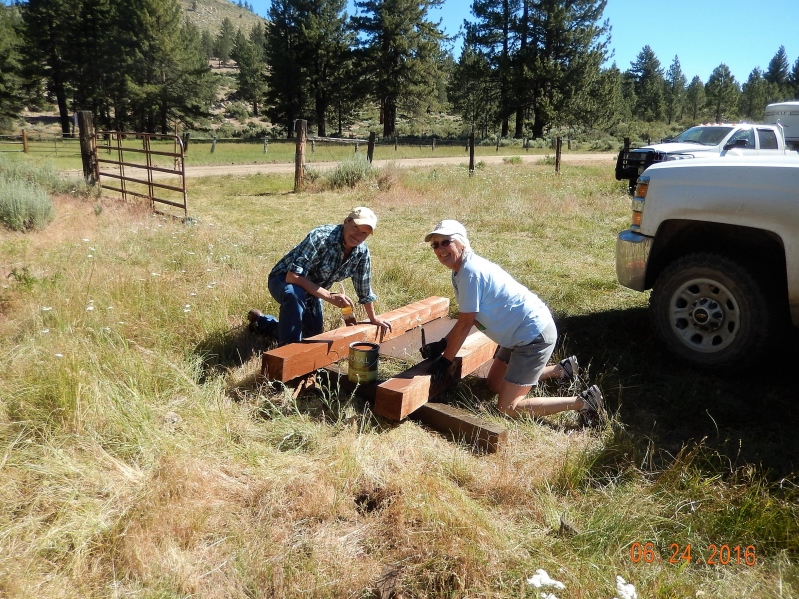 Reinstalling the bulletin board Lynn Cherry and Phyllis Taddei 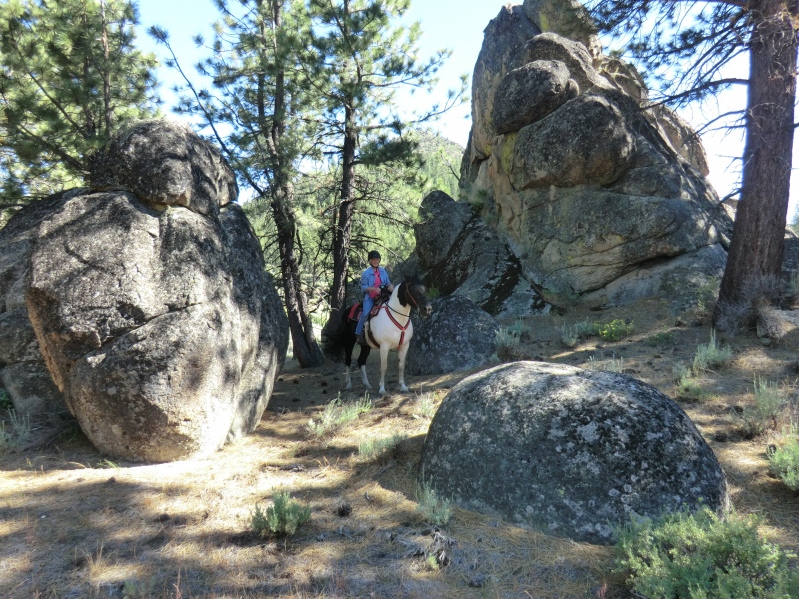 Diane Uchytil riding through the rocks 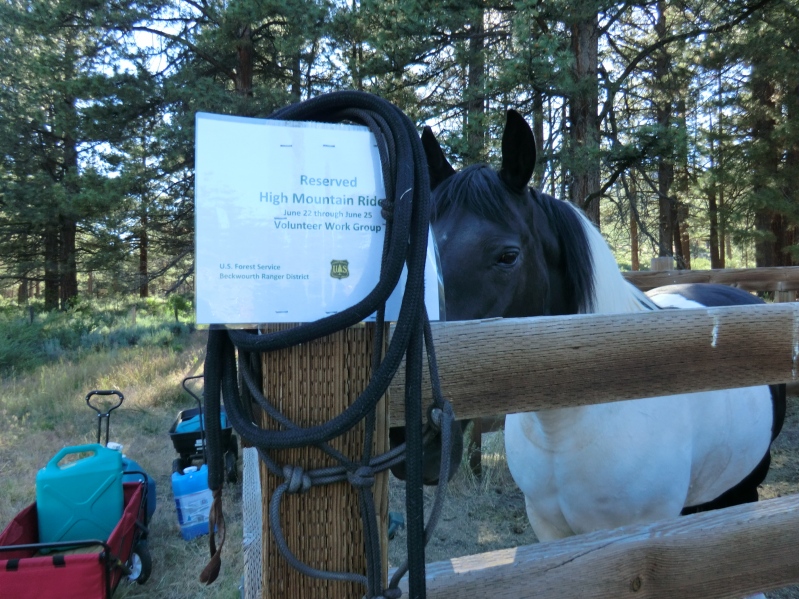 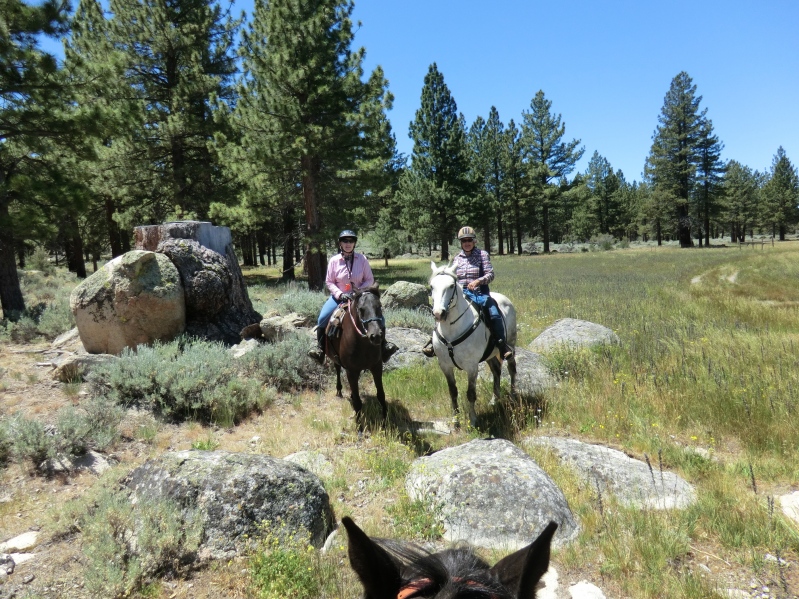 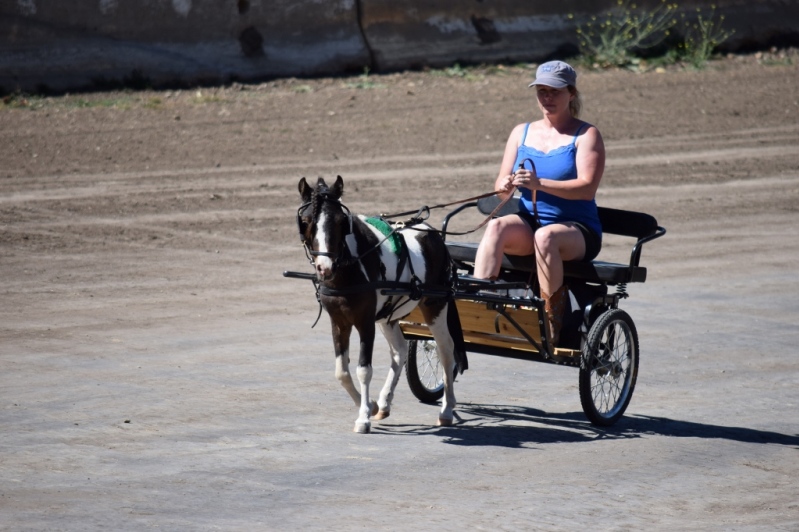 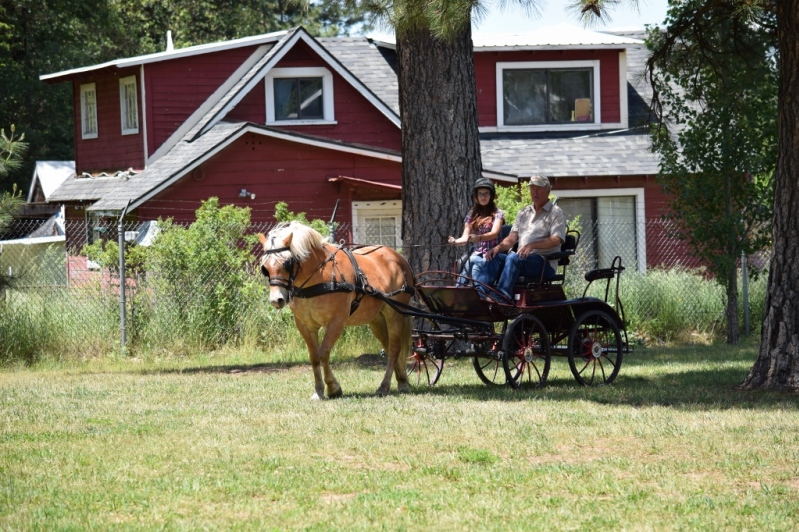 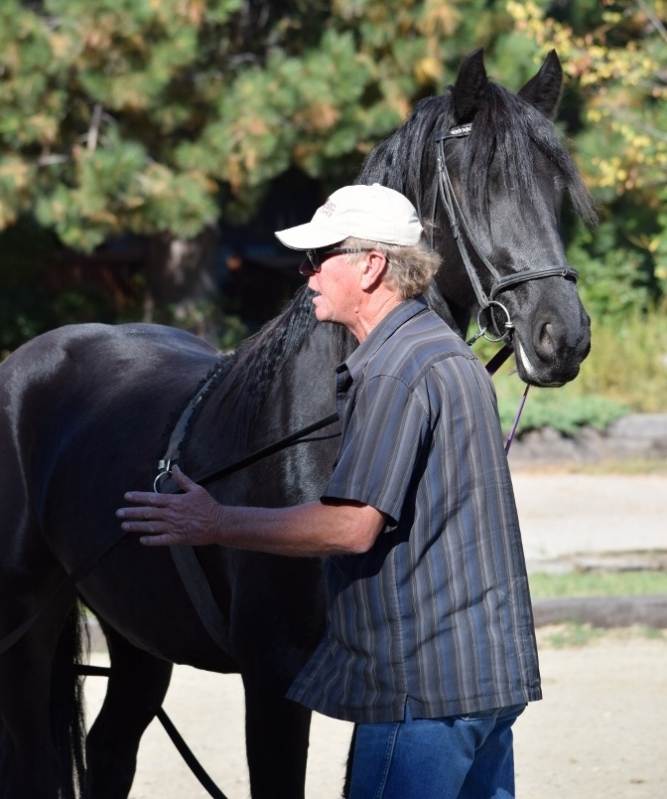 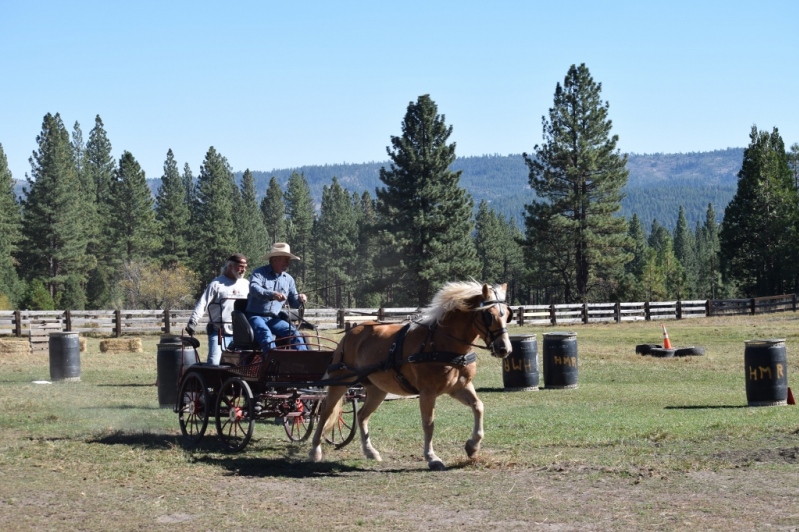 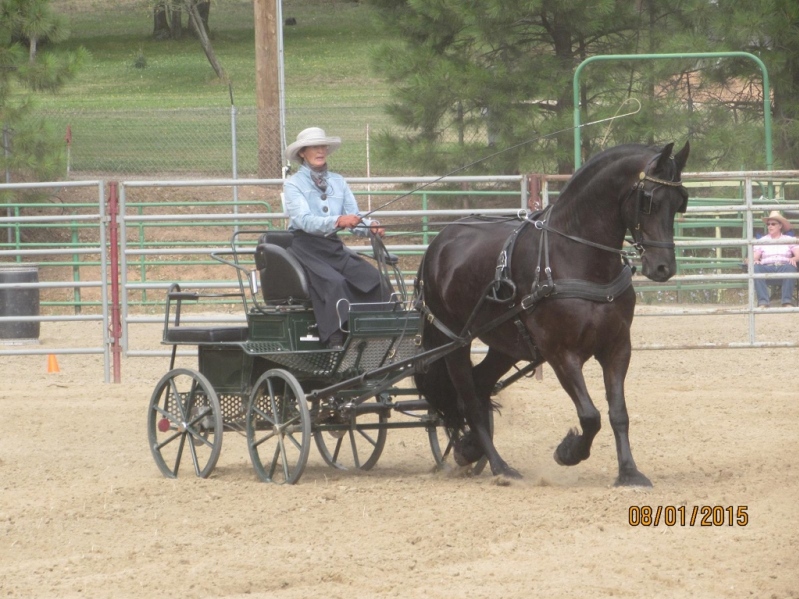