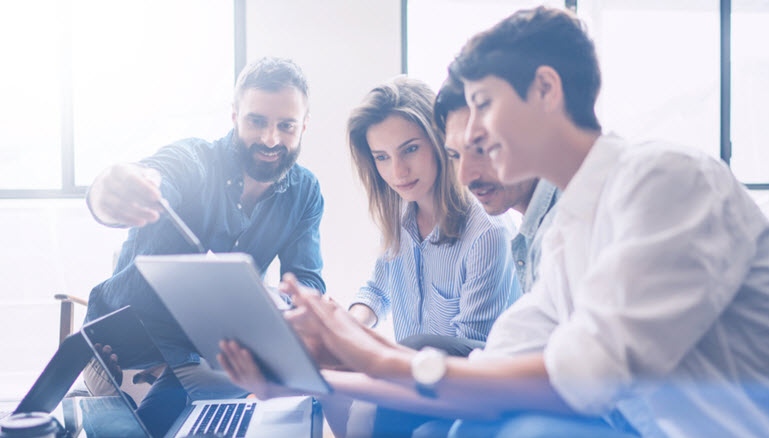 In the early ’90s, community banking looked quite different. Bankers recorded phone messages on “while you were out” message pads and the closest thing to digital banking was the hardwired telephone. A few years later the world changed when banks began connecting to the internet. At the time, Jon Rigsby (Co-Founder & CEO, Hawthorn River) was a teller at a locally owned commercial bank in St. Louis, MO. He was enamored with the idea of the internet and began creating new ways to help his bank grow through technology automation. It was a fun time to be in banking.

In late 2018, Jon decided to take on Joe’s challenge. Within a matter of months, three banks signed on as early adopters: 1st Advantage Bank, The Bank of Old Monroe, and Saints Avenue Bank. With the idea cemented, Jon began searching for a business partner to lead the engineering side of the business. By matter of chance, Jon received a phone call from an old friend that he hadn’t spoken to in years, Wayne Ferrell (Co-Founder & CTO, Hawthorn River). Wayne, a brilliant software developer with 25 years of banking experience, explained that he was looking to get back into consulting. Jon said, “I have a better idea!”. Weeks later, Jon and Wayne partnered to co-found Hawthorn River.

Over the next 12 months, Hawthorn River worked closely with the early adopter banks to craft an end-to-end loan origination solution that was tailored to the needs of the community banker. In December of 2019, Saints Avenue Bank became the first customer to use the Hawthorn River in Production. 1st Advantage Bank followed in January of 2020 and Bank of Old Monroe completed its go-live in May of 2020. Today, Hawthorn River is building upon this strong foundation to serve community banks across the country.