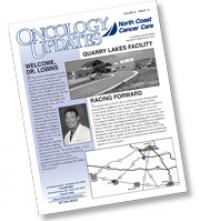 The company was first formed in December, 1980 by two staff members from Bowling Green State University (Ohio) and a professional associate. This partnership was located in Sandusky, Ohio, and it provided a broad range of marketing services focused primarily on the development of promotional campaigns for consumer and industrial products. This first business was known as KRK & Associates, and it lasted approximately two years during which time it secured its first national account: Fanny Farmer Candy Shops.

The KRK partnership remained until one of the three partners decided to launch what has since become a successful television production business of his own. The remaining two partners changed the business into a corporation, and changed its name to Krabill & Roudabush, Inc. (an Ohio corporation). That business flourished for two additional years. Then Jeff Krabill, one of the original three partners, became sole owner of the business. In 1984, Mr. Krabill changed the name of the business again, this time using a dba: The Krabill Marketing Group.

Within a couple of years, Mr. Krabill's father, Roger Krabill, became an investor and consultant. The business continued to flourish and evolve. With the passing of Roger in 1991, Jeff again became the sole owner of the business. In 2006, the business became a limited liability corporation, The Krabill Marketing Group, LLC.

Historically, The Krabill Marketing Group has served both industrial and non-profit clients within a 75-mile radius of Sandusky. Accounts have ranged from health care to industrial products, and consumer products to political campaigns. This variety reflects a strategic decision on Mr. Krabill's part to maintain a diversity of services and clientele in order to best stabilize the company's revenue stream. It has also provided a wonderfully eclectic collection of projects. While diversity is sought, a relatively few clients are engaged by the agency at any one time so as to maintain a clear focus on clients' requirements.