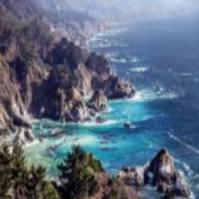 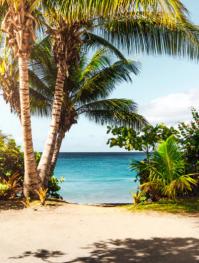 Thirty-five years ago – when “The Beacon” came into existence - owner John Schaffner asked me to write a weekly column about community happenings. I wrote that column for a long, long time, about 28 years.
I had fun writing “Beacon Bits.” (That was the name John Schaffner gave the column.) It kept me active in Port Clinton and the surrounding community, staying current with what was happening. That meant I moved around in the local area a lot so I could write about it.
The greatest part of the job was meeting numerous people and hearing from folks in response to some item in the weekly column. Generally, people would have something interesting to add. For example, one time I wrote about waiting at a railroad crossing and listing the various company names on the railroad cars moving past. Subsequently, someone called and provided a great overview of how railroads work and about the many different railroad companies that owned freight cars.
Occasionally someone would be motivated to try something or go somewhere I had described. In one column I raved in glowing terms about “Falling Water,”  the magnificent Frank Lloyd Wright house in Pennsylvania. For years I had wanted to see it and was thrilled when I had the opportunity. My good and wonderful friend Frank Dubbert (now deceased) decided he and his wife Joyce should see the house and made a special trip to do just that. Joyce liked it and appreciated it. Frank, however, thought it was a complete nothing,  a real waste of time, and reported that to me in no uncertain terms. I tried to explain the appeal and history of the house, to no avail. For years afterward, Frank and I would laugh about what a lousy recommendation I had made.
My brother Tom Allen called me late one night and told me to hurry to town to come with him to look across the lake. It was a spectacularly clear night and he had seen lights on the other side that he had never seen before. We met in the Moose Lodge parking lot on Lakeshore Drive, where the lights on the other side of the lake were truly magnificent. Never before or since have I seen lights like that. We even drove all the way out to the tip of Catawba to get a better view. After I wrote about the experience in “Beacon Bits” an explanation eventually came back from a pilot. That condition is called “Sheer Clear.” Sailors on the water or pilots flying at night see it, but it is a rare and infrequent situation. Writing Beacon Bits was often a learning experience.
I usually wrote a short fictional story as a Christmas gift for our readers. This became quite popular, drawing many comments and reactions. Strangely enough,  people still ask me to write a Christmas story in this newspaper! That is another very good memory. And it has been lots of fun to write the column again to help celebrate The Beacon’s milestone 35th birthday.