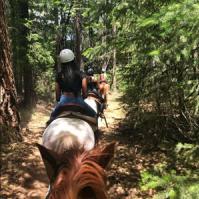 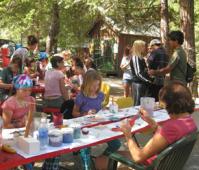 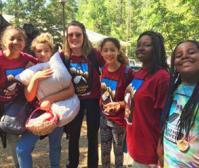 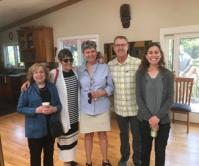 Oakland Feather River Camp opened in 1924 on federal land under a long-term lease agreement with the US Department of Agriculture. The Camp has been operated continuously since that time, even during WWII when some thought the program should be suspended during that difficult time. The perseverance of loyal campers and the City of Oakland officials prevailed, however, and the Camp continued to serve the children and families at home. In fact, a surprisingly large number of campers from that era still cover Camp every year.

Though camper attire may have changed over the last 80 years and campers have traded in their canteens for water bottles, much is still the same at Feather River. Traditions abound such as swimming in the swimming hole, singing around the campfire, participating in the camper show at the Starr Bowl, and dancing on the Veranda.

Until the late 50s, not all campers upheld the tradition of comparing drive-times from the Bay Area. Many campers arrived at Camp via the train that let them off right inside the Camp. You can still hear the trains passing the Camp.