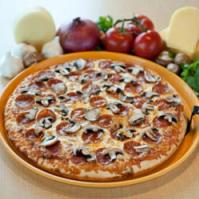 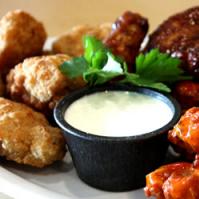 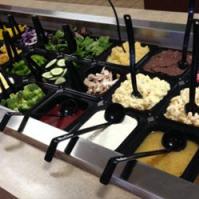 It was summer, 1959. Frankie Avalon was at the top of the charts and Sandra Dee played Gidget in the very first Beach Party movie. The Brooklyn Dodgers had just arrived in Los Angeles, but surfing was the real West Coast craze. The Pacific Coast Highway was dotted with woody wagons, convertibles and bubble blonde hairdos, and burgers were best served in a wrapper through a drive-thru window. California was legendary American landscape and the first Straw Hat Pizza parlor was perched to join the list of California icons.

Opening its doors for the first time in San Leandro, a small town on San Francisco Bay, Straw Hat began serving its trailblazing Genuine California Pizza on July 10, 1959. It was an unrivaled pizza with a layered, flaky crust, the freshest toppings, light sauce, and six kinds of naturally aged cheese. Straw Hats California creation was unlike any other pizza.

It was crisper and tastier, and it satisfied a Left Coast appetite for fresher, lighter, and more unique offerings. Little did anyone realize at the time, but Straw Hat was on the cutting edge of a taste trend that would last for more than five decades to come.

The first Straw Hat restaurants were modest but lively hangouts with hard bench seating, bright red carpets and flocked wallpaper, and they were a special place for people of all ages. Along with its unique menu and ice cold beer, each establishment featured old-time movies, free Charlie Horse rides for kids, and often showcased local banjo bands.

People drove for miles to visit Straw Hat. And every Straw Hat restaurants top priority was meeting and exceeding its guests expectations the motto was people- pleasing pizza. By 1969, Straw Hat had added a bountiful salad bar was known as the Straw Hat Pizza Palace with locations up and down the California Coast and throughout Southern California.

In the Seventies, Straw Hat introduced its soon-to-be famous Hot Hat stuffed sandwich. The Hot Hat may have had a strange sounding name at first, but it quickly became a best seller, which to this day, remains a hallmark of the brand. As its menu expanded, so did the chain. In the later part of the decade, Straw Hat took on an entirely new look with updated buildings, colors, and logos.

And with this new look, Straw Hat was once again on the cutting edge of the industry and was one of the fastest growing restaurant chains in the world. To grow and still maintain its high standards and guest service, Straw Hat, at that time part of the Saga Corporation, introduced a model franchising program. The company developed and implemented some of the best training, quality, service and cleanliness programs which were the envy of the business, and remain in place today.

By the mid-Eighties, Straw Hat Pizza was regarded as the dominant pizza restaurant in the Western United States as the Pizza Hut chain was trying to establish a market presence in the same area. Pizza Hut made a move to eliminate a major stumbling block to its own expansion by purchasing all company-owned Straw Hat Pizza restaurants in 1987; thus removing its prevailing competition.

Today, Straw Hat is celebrating its 50th anniversary in 2009. The company is in growth mode, poised to open new stores in Canada and the Western United States, along with launching a new, full-service line of eateries - Straw Hat Grills

The future holds great promise for Straw Hat Pizza. Once again Straw Hat has a new look, new buildings, colors and logos but it has retained its commitment to guest service, quality, cleanliness, and of course, its genuine California crust pizza, Hot Hats and Salad Bar. People of all ages still drive many miles to visit Straw Hat. It is growing each year with a renewed commitment to nationally-recognized marketing programs, which have seen success throughout the chain, and its purchasing programs are second to none...

In authentic California spirit, Our futures so bright, we gotta wear shades!

Straw Hat is proud to be a true California pioneer, and a California icon. And were thankful to serve you. Thanks for visiting our Web site. You are invited to enjoy a genuine California Straw Hat Pizza soon!