Move America Forward (MAF) is a nonprofit military charity based in Sacramento, California and the nation’s largest grassroots pro-troop organization dedicated to supporting the brave men and women of our Armed Forces. Our principal mission today is ... 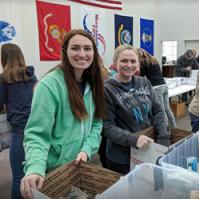 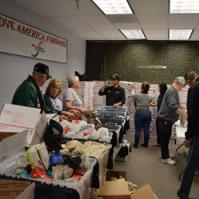 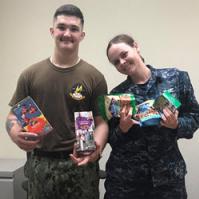 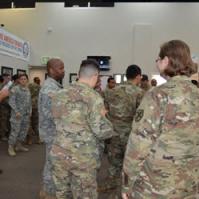 Move America Forward (MAF) is a nonprofit military charity based in Sacramento, California and the nation’s largest grassroots pro-troop organization dedicated to supporting the brave men and women of our Armed Forces. Our principal mission today is to provide care packages and letters from grateful Americans to the troops deployed in combat areas around the world.

While there are many admirable groups supporting our veterans, we are one of the few organizations left supporting active duty troops deployed to the front lines of Afghanistan, Iraq, and other areas around the world where our troops are in harm’s way.

MAF began by providing general troop support and educating the American public on the good works of our military men and women in combat areas in the Middle East. We employed television, radio, social media and the internet to reach out to Americans, so they would support and defend our troops when they were unfairly criticized or attacked. We further engaged people in supporting troops by conducting national bus tours with public rallies throughout the country. We led delegations to Iraq and Guantanamo Bay, taking Gold Star Parents to Iraq, working with military servicemen and women, pro-troop companies, service organizations, and many other supporters from across the nation to benefit our troops.

We early on recognized that our troops in harm’s way needed to hear directly from American citizens affirming their support and providing some comforts from home. We differ from other pro-military organizations by making sure that our care packages are individually addressed to military personnel in combat areas. Each package includes a note from the package sponsor that indicates their support and gratitude for the sacrifices being made to protect our freedom. Our mission is to provide year-round military care packages that are full of the most requested items and the taste of home to our heroes.

Move America Forward has sent over 388 tons of care packages to deployed troops.

MAF is supported by hundreds of thousands of pro-troop activists, veterans, and military families all across the nation who share in our unwavering support of the military men and women who are on the front lines of protecting our country. We work with other non-profits, military service organizations, corporate sponsors, community networks and private citizens to support our military.

It is our strong belief that American citizens must be enlisted in the effort to let our troops know that they are in our hearts and prayers and that we will defend their service and honor them here on the home front while they protect America on the front lines overseas.