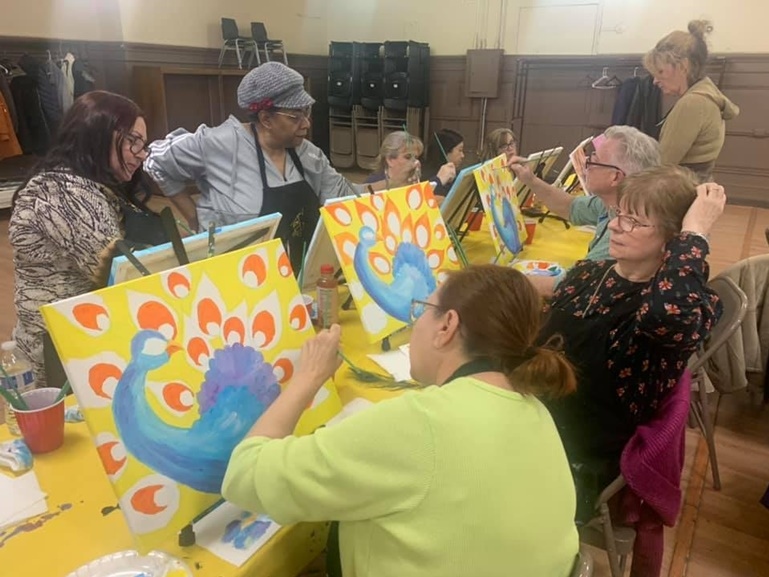 Groundbreaking for the Carnegie Library of Homestead occurred in April of 1896 and the dedication was held on November 5, 1898. The Carnegie Library of Homestead was the second of three libraries given to the Steel Valley by Andrew Carnegie, preceded by Braddock's library in 1889 and followed by Duquesne's library in 1904. Designed by Alden and Harlow, the facilities reflected Carnegie's values of physical and spiritual health as well as education.

Constructed by William Miller and Sons of Pittsburgh for $300,000, the library contained not only a public book library but also a world-class music hall and an athletic wing with a heated indoor pool. Today the library houses 34,000 volumes.

Organ concert grand piano (anonymously given by Henry Clay Frick) and a VoteyOrgan (given by Mrs. Louise Carnegie and currently not operational) still grace the 1,000 seat music hall. The athletic club has produced numerous champions in basketball, baseball, gymnastics, and wrestling. One member of the 1932 Olympic swimming team still swims at the library! Andrew Carnegie called the components, "Three fountains from which healing waters are to flow for the instruction, entertainment, and happiness of the people." Over the years, the Carnegie Library of Homestead has served as the hub of a growing community. Classes were held for immigrants preparing for naturalization, and later for women entering the workforce.