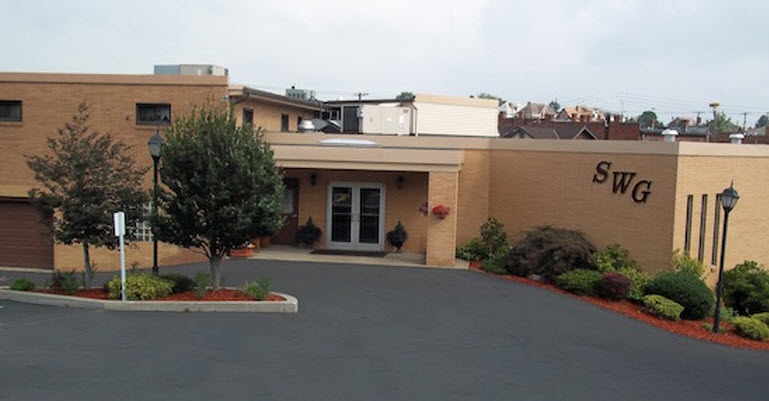 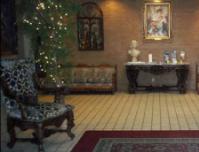 In 1919 Joseph A. “Proky” Prokopovitsh, with his father John, moved from the hard coal country of Scranton, Pennsylvania to the Steel Valley to open the Joseph A. Prokopovitsh Funeral Home. The first funeral home was a store front on the corner of 5th Avenue and Dickson Streets in the 5th Ward of Munhall.

In those days, visitation took place in the home of the deceased. With expansion of the steel mills around 1940, the 5th Ward gave way to progress and Proky was forced to move the business to the corner of 9th Avenue and Dickson Streets. After World War II his son-in-law, Albert J. Savolskis, a Navy veteran joined the business. Proky continued his fine tradition of helping families until his death in 1991.

In 1965, the St. Therese Church at the corner of Main and Superior Streets in Munhall was dismantled to make way for the Savolskis Funeral Chapel.

The funeral home was built on the original foundation of the dismantled church building. It was the first funeral home of its kind in the Steel Valley to be built from the ground up to be a funeral home. Conveniences such as handicap accessibility, wider doorways and off street parking were attractive features in the new building.

Soon after opening for business, Al was joined by his
sons-in-law David R. Wasik and William C. Glenn and the business became known as the Savolskis-Wasik-Glenn Funeral Home. And in 1981 Dorothy Savolskis Wasik joined her grandfather, father and husband as a licensed funeral director with the family business. After expansion of the funeral home in September 1996, we now offer additional space for viewing and/or chapel services, a spacious coffee lounge and a newly remodeled merchandise selection room.